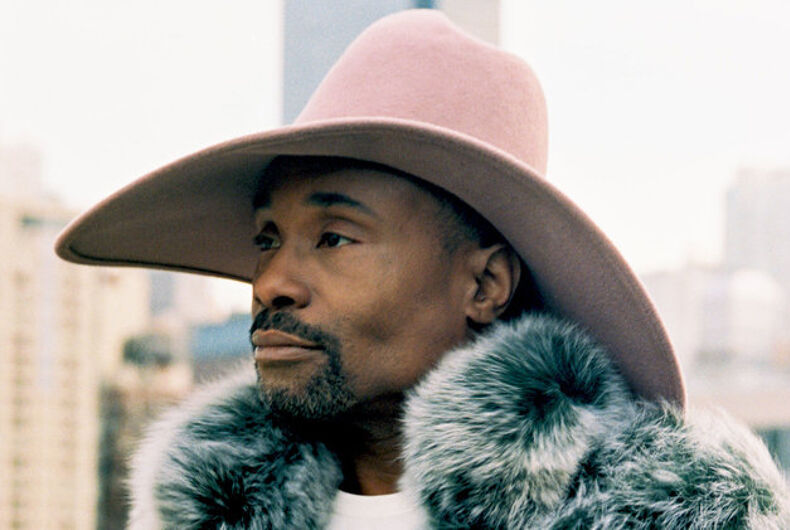 In short, Porter said that the opportunities that have been handed to Styles as a young white man have been harder for Porter to achieve as an older, Black and out gay actor.

“I feel like the fashion industry has accepted me because they have to,” Porter told The Sunday Times. “I created the conversation (about non-binary fashion) and yet Vogue still put Harry Styles, a straight white man, in a dress on their cover for the first time.”

While Styles has described himself as “sexually ambiguous”, he has never explicitly come out as part of the LGBTQ community.

Porter was relatively unknown as an actor until he appeared as the ballroom emcee Pray Tell in the gay TV creator Ryan Murphy’s Pose, a 2017 dramatic series about a group of Black queer ballroom performers in New York City near the start of the HIV epidemic.

While Porter had debuted on Broadway in 1991, he declared bankruptcy in 2007. It wasn’t until Pose that his career began to stabilize. However, after Pose aired, he began to make a larger name for himself by wearing jaw-dropping creations at red carpet events.

At the 2019 Academy Awards, he wore a black velvet tuxedo dress. At the 2020 Grammy Awards, he wore a crystal-encrusted jumpsuit and a hat with an automatic beaded curtain that hid his face. Then, at the 2019 Met Gala, six shirtless hunks carried him in on a platform and Porter revealed his outfit as an ancient Egyptian “sun god”, wearing a golden body suit, headdress and wings.

“I was the first one [wearing dresses at big-name events] and now everybody is doing it,” Porter said. “I’m not dragging Harry Styles, but… He doesn’t care, he’s just doing it because it’s the thing to do. This is politics for me. This is my life.”

“I had to fight my entire life to get to the place where I could wear a dress to the Oscars,” Porter added. “All (Styles) has to do is be white and straight.”

Porter does have a point. Pop culture history is littered with instances of white celebrities making a name for themselves by imitating the styles of Black and queer creators. While Porter certainly wasn’t the first man ever to wear a dress on the red carpet, he has raised male fashion to glamorous new heights while other men get praised for doing far less.