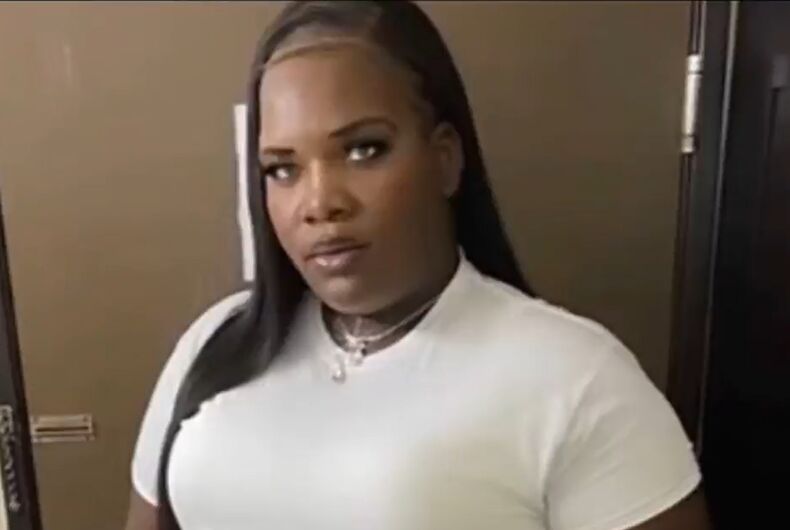 D’isaya Monaee Smith, 27, was found shot to death in the Chicago area on Labor Day.

“I’m relying on God right now to keep holding me up because it’s hard,” her mother Latrina Banks told NBC 5 Chicago. She lost her other child – her son Antonio – to gun violence in 2018.

Note: There are conflicting reports in the media about her exact name and age. The page set up for her at the Higgins Family Funeral Home calls her D’isaya Smith and says she was 27-years-old, which corresponds with local media reports.

Banks said that she FaceTimed with her daughter just hours before she was killed. She said that her daughter was supposed to go out with two female friends that evening.

The friends told investigators that Smith was tired so she stayed at the hotel while they went out. They came back to the hotel to find her dead.

“Whoever knows anything about my baby’s murder please tell,” Banks said. “Y’all took the best thing ever from me.”

Authorities say Smith was killed early in the morning on September 6 at the Prestige Motel in Dolton. Banks said that the crime scene led her to believe that her daughter struggled with the person who killed her.

“At the hotel room door you can tell the struggle was at the door it was not inside the hotel room,” she said. “There’s blood, there’s like a trail of blood at the entrance way right there from the hallway area.”

“We mourn the loss of Disaya Monaee Smith,” said Victoria Kirby York, deputy executive director of the National Black Justice Coalition (NBJC). “2021 is on track to be the deadliest year on record for transgender and non-binary people – and in Chicago, Disaya Monaee Smith’s killing marks the fourth transgender person to be murdered in the Chicago region this year alone. Illinois, Dolton, and county police departments must do more to proactively prevent the continued loss of trans lives happening across their city.”

“The epidemic of violence plaguing the transgender community, particularly Black transgender women, is appalling,” said Tori Cooper of HRC. The LGBTQ organization said that D’isaya Monaee Smith is at least the 36th transgender person to be killed in a violent manner this year.

“It is often the result of a toxic combination of transphobia, racism, and misogyny. We must do more to protect trans lives and provide resources to support the trans community.”

Dolton Police say that “there’s no evidence that leads to speculation of a hate crime at this point.” They did not discuss what they believe the motive was, and their investigation is currently ongoing.