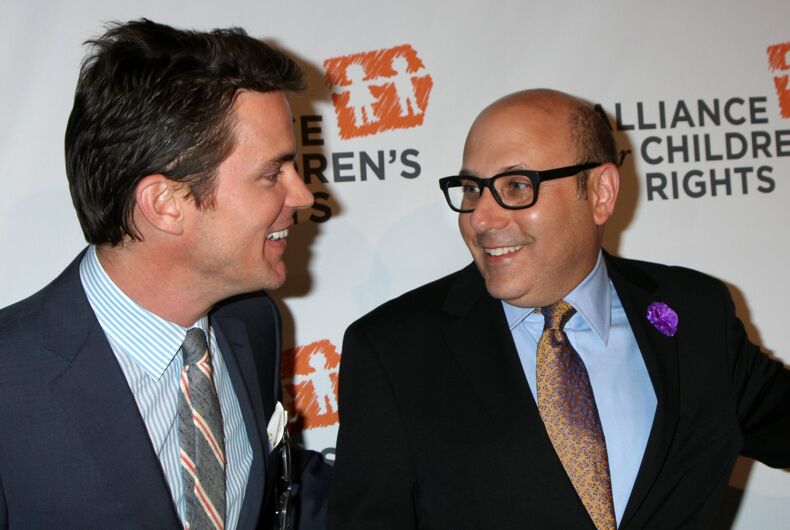 Willie Garson – best known for playing Carrie Bradshaw’s gay friend Stanford Blatch on the HBO series Sex and the City – has passed away due to pancreatic cancer at age 57. He was recently filming the show’s revival series, And Just Like That.

“I love you so much papa,” his son Nathen wrote on Instagram. “Rest In Peace and I’m so glad you got to share all your adventures with me and were able to accomplish so much.”

“I’m so proud of you. I will always love you, but I think it’s time for you to go on an adventure of your own.”

“You’ll always be with me. Love you more than you will ever know and I’m glad you can be at peace now. You always were the toughest and funniest and smartest person I’ve known. I’m glad you shared you’re love with me. I’ll never forget it or lose it.”

Garson adopted Nathen in 2009 and served as a spokesperson for National Adoption Day repeatedly.

Garson played over 100 roles on television and film, including appearances on popular shows like NYPD Blue, Stargate SG-1, Friends, Buffy the Vampire Slayer, and Cheers since the 1980s.

But it was the role of Stanford that he’s most remembered for, one of television’s early out gay characters in a mainstream show. He played Stanford for the show’s six seasons and came back for its two films.

Garson himself was straight, and he said that he tried to make his character well-rounded since he was one of the few LGBTQ characters on television at the time.

“Most of the pressure I felt was to not be offensive,” he told the Huffington Post in 2016. “I didn’t want to offend the community at all, and that was a really big concern of mine. To the point where I didn’t even have HBO for the first three years, because I didn’t want to see it, because I was so terrified of being offensive.”

“But, the gay community really rose up, and said, ‘We know people like this, this is real.’ And so that made me feel great, and I could start watching the show.”

“It was also very important to the show, to show someone having fun being gay, being proud, open, and comfortable with who they are,” he continued. “You know, we’d just come through the crisis and every representation of gay was kind of dark, and spoken in hushed tones. But Stanford was like, ‘Hey, I’m gay. Really gay. Super gay. And I’m happy about it, I’m looking for a boyfriend, looking for a husband,’ and it was very open, and different to what had been shown before.”

Garson said the reaction to his character has “always been very positive, no one’s ever come up to me and said ‘you were terrible for gay people,’ which is really heartwarming for me, because that was always my fear!”

His “spirit and his dedication to his craft was present every day,” And Just Like That executive producer Michael Patrick King said in a statement. “He was there — giving us his all — even while he was sick. His multitude of gifts as an actor and person will be missed by everyone. In this sad, dark moment we are comforted by our memory of his joy and light.”

Mary Trump sums up Donald after he sues her: “He’s a f–king loser.”