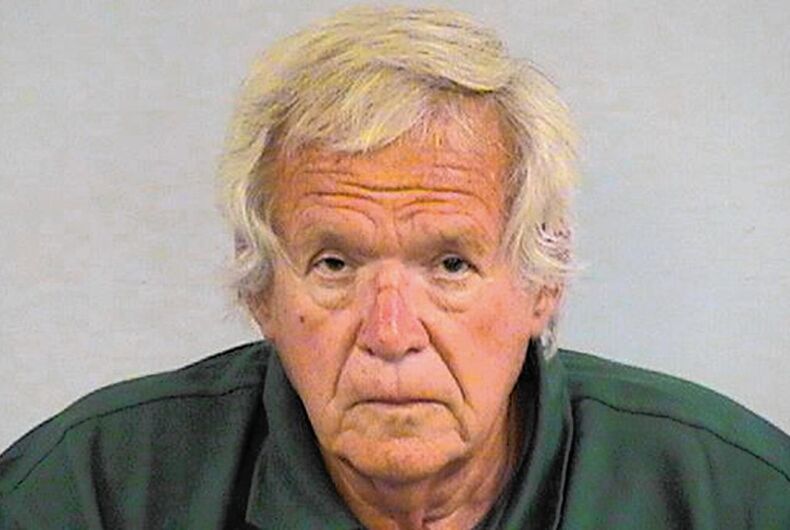 Disgraced former U.S. House Speaker (R-IL) Dennis Hastert has reached a tentative settlement with the man he allegedly molested years ago when the man was a teenage student and Hastert was his coach.

Hastert had promised to pay the man hush money and paid almost $1.5 million, before the payments caught the attention of federal law enforcement. Now he’s on the hook for the rest, almost $2 million more.

Related: This jewelry commercial will leave you speechless when you realize what’s going on

The victim, identified only as John Doe in court filings, sued for breach-of-contract in a civil lawsuit. Hastert asserted that the contract was broken when Doe spoke about it.

Hastert reportedly paid the man in $50,000 increments to avoid detection by federal authorities for violating financial regulations meant to prevent money laundering and terrorism. Withdrawals larger than that amount are immediately flagged for security reasons.

After several payments that just skirted the limit, Hastert’s bank tipped off the FBI, launching an investigation that eventually unraveled the truth.

Hastert pled guilty in 2015 to breaking banking laws and served 15 months in prison. At sentencing, the judge called him a “serial molester” who abused boys while working as a wrestling coach.

Hastert was a little-known lawmaker from suburban Chicago when chosen to succeed conservative Rep. Newt Gingrich (R-GA) as Speaker of the House. Hastert was picked after favored Rep. Bob Livingston (R-LA) resigned after he admitted to several sexual affairs.

In all, four men made credible accusations of abuse against Hastert.