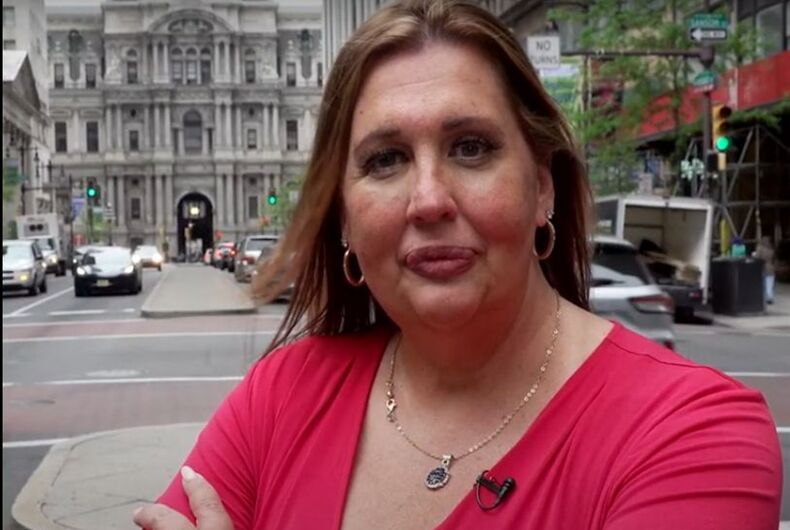 Pennsylvania state House candidate Deja Alvarez (D) knows what it means to fight for her community. A longtime LGBTQ activist, she is currently the Director of Community Engagement for World Healthcare Infrastructures, which provides healthcare services to those in need, as well as the LGBTQ Care Coordinator for the Philadelphia Department of Public Health.

But that’s not all. She is also the co-Chair of the Philadelphia Police LGBTQ Liaison Committee, Chairwoman for the city’s Trans Day of Remembrance, and President of The Women’s March on Philadelphia. She is an educator with the Transgender Training Institute and serves on the task force working to create an LGBTQ Advisory Board for the Philadelphia District Attorney.

Alvarez co-founded and directed the LGBTQ Home for HOPE, the state’s first LGBTQ-specific shelter and recovery facility. During the pandemic, she also launched a food distribution program that delivered 800-1000 cases of food per week to those in need. She is now transforming that project into a permanent food bank.

The list goes on, and now, Alvarez is ready to use the skills she has built as an activist and community advocate to make a difference at the state level.

In May of 2022, we have an opportunity to continue to grow representation in our legislative body in Harrisburg that closely reflects the needs, interests, and diversity of the 182nd District. Join us as we get the work done. https://t.co/RgXFnTmUdl

Alvarez is running in the state’s 182nd district, which is in Philadelphia. If elected, she will become the first out trans Latina member of the Pennsylvania House.

“Representation matters,” she said. “It’s so important for other people to see someone they can relate to or someone that looks like them or comes from where they come from…I think that’s how we start to change the face of politics.”

The seat Alvarez is vying for does seem to be history-making. It is currently held by state Rep. Brian Sims (D), the first out gay member of the Pennsylvania legislature, who is now running for Lt. Governor.

Sims also happens to be Alvarez’s close friend and roommate, and he has wholeheartedly endorsed her in this race. He recently nominated Alvarez for Good Morning America’s 2021 LGBTQ+ Inspiration List, for which he praised her “authentic and relentless spirit.”

“As the current holder of this seat,” he wrote, “I can think of no other person more uniquely qualified to represent our district and to lead the fight for equality in Harrisburg. Deja is a true trailblazer and history maker.”

Her own experiences seeking services as a young trans person allow her to do this work with empathy, she said.

“My lived experience as someone that lives within the margins and has had to utilize services when I was younger in order to survive and then come back and work inside of a lot of these entities that make the decisions around people’s lives, I have a different understanding of them. I have personal experience both on the outside and on the inside.”

Alvarez said it is too early in the race to say exactly what she’d first prioritize if elected. “That can change throughout the race as you’re talking to more people,” she said, but her website states that her priorities include “healthcare reform, infrastructure, education, government transparency, marijuana legalization, reduction of plastic and air pollutants, creation of more family-sustaining union jobs, and policies that address economic resurgence in the district.”

Today I met with the Philadelphia Police LGBTQ liaison committee at the new Philadelphia Public Services Building to discuss expanding our efforts to other marginalized communities, making sure that all have liaisons to continue on the path to reform. pic.twitter.com/4paKwznoHv

Alvarez wants voters to know that while she is very proud of her identity as a trans Latina woman, she is ready to serve everyone in her district.

“Although I’m loud and proud about who I am, I want them to understand that the skills I have learned and built during all of my advocacy [will be] utilized to help everyone, and [will be] effective in such a big way in being able to make change and bring what’s most needed for folks, no matter who you are.”

Today is a very special birthday for me.

And all I want for my birthday is representation.

Representation for all of us who are marginalized for our gender, our race, our identity, and the space we take up in the world.