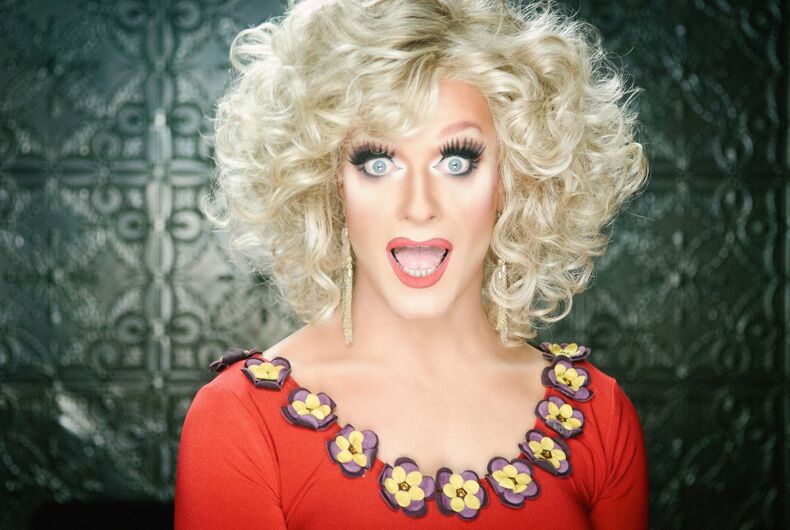 A drag queen’s bar is getting vandalized and threatened by anti-LGBTQ and anti-vaxx social media trolls who are accusing the bar of being run by pedophiles because the owner wants her staff to get vaccinated.

“The rainbow flag is about legalizing sex with children,” one of the trolls tweeted at Panti Bliss, the owner of the Pantibar in Dublin. “The woke scum want ur kids.”

Related: A drag queen’s monologue expresses everything you feel about Orlando

Most of the responses praised her for looking out for her staff, but a few accused her of using the arrangement to force people to get vaccinated.

Then the harassment spun out of control. Bliss got threats on Twitter and was accused of molesting children because of her pro-vaccine stance.

“What Panti Bliss is doing is forcing kids in their late teens/20s to get a jab or lose their jobs,” one troll wrote, then using the drag queen’s government name: “We’ll be around for you, Rory, you scumbag.”

If you could report this account for me I'd appreciate it thanks pic.twitter.com/g5tj5hyj9G

Bliss told Pink News that the threats turned violent and she has shared them with police. She believed that one account on Twitter had been set up to organize “a physical attack on the bar.”

Vandals spray-painted “pedo bar” on a neighboring building with an arrow pointing to Pantibar, and the harassment keeps coming in. The bar is getting numerous one-star reviews online from people Bliss believes never came to the bar in the first place.

“They’re all like, ‘Oh horrible establishment, I’ll take my business elsewhere,’” she said. “And I’m like, ‘Great, please [do what] you need to do’ and also laughing at the idea that the gays are looking at Google reviews before going to their local gay bar.”

As for her workers, Bliss stressed that she has never pressured anyone to get vaccinated, saying that she just wanted to help fight the pandemic by giving employees time to get their shots.

“We never hired any conspiracy theorists so they were all delighted to get vaccinated,” she said.

Irish police said in a statement that they are “strongly committed to engaging proactively and respectfully with all members of society” and that they take “hate crime very seriously.”