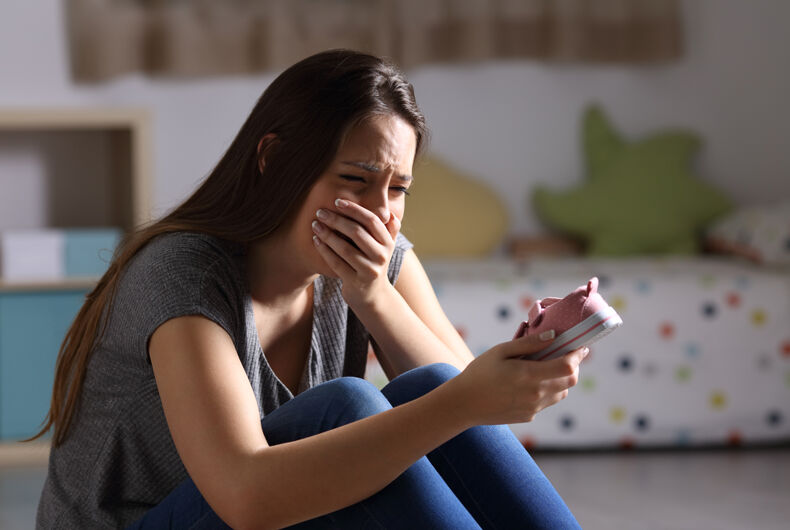 The state of Texas just declared that gender affirmation surgery for minors is child abuse and that teachers, doctors, and other mandatory reporters in the state are legally required to tell the Department of Family and Protective Services (DFPS) if they have “cause to believe” that a child has undergone the procedure under the threat of jail time.

“This opens the door to any parent of a trans kid being accused of child abuse,” Texas Rep. Erin Zwiener (D) told the Texas Tribune.

The procedures Masters refers to in her letter are unheard of when it comes to transgender youth. Usually care for trans youth is about transitioning socially and may involve hormone therapies, but surgery is for adults.

Her letter “has nothing to do with the reality of life-saving affirming healthcare practices for transgender people,” said Ricardo Martinez of Equality Texas.

Since teachers and other professionals who must report their suspicions that a child has undergone bottom surgery generally aren’t looking at minors’ genitalia, they will have to decide whether to report based on other factors, which could include a young person’s gender expression or request to be referred to by the correct pronouns.

There is a false and widespread belief that parents are forcing gender-affirming surgery on children in elementary school – which Abbott and Masters both appear to believe themselves – so it’s not difficult to imagine how Masters’s letter could lead to harassment for the families of trans youth.

Earlier this month, Gov. Abbott sent a letter to Commissioner Masters – who he appointed – asking her to examine whether “subjecting a child to genital mutilation through reassignment surgery” constitutes “substantial harm from physical injury to the child.”

Less than a week later, Masters responded in a letter that said that it is child abuse. She lists forms of genital surgery that are performed on minors – like surgery forced on intersex youth to make their genitalia appear male or female or children with cancer – and says that they are not child abuse. Her letter does not discuss circumcision.

Masters did not explain how she came to the conclusion that gender-affirming surgery is not “medically necessary” and is performed for “non-medical purposes.” While she believes that there are doctors in her state recommending and performing these procedures on minors, she assumes that their medical judgment is flawed but doesn’t cite any evidence that she knows better.

While the letter doesn’t address health care that trans youth is actually receiving in Texas like puberty blockers and psychotherapy, anti-transgender activists in the state have already been weaponizing DFPS against the families of transgender youth.

Lauren Rodriguez, whose son is transgender, said that she has prepared for this tactic to be used against her. She put together a “safe folder” that includes “letters from therapists, doctors, friends, families” after she heard about DFPS being used against other parents of trans kids.

“When CPS shows up at your house because some random bigot decides to call, then you have this file,” she said.

That was before Masters decided that teachers, day-care employees, and other mandatory reporters will face a year in jail if they have “cause to believe” that a child has undergone bottom surgery and they don’t contact DFPS within 48 hours.

“It seems to us that this is mainly a political attack and political stunt as a way to attack transgender kids,” Brian Klosterboer of the ACLU said.  “This letter, it is official in the sense that what the commissioner says might influence how DFPS does their work, but it doesn’t change the law in this area.”

Eminem’s youngest child comes out as non-binary on TikTok