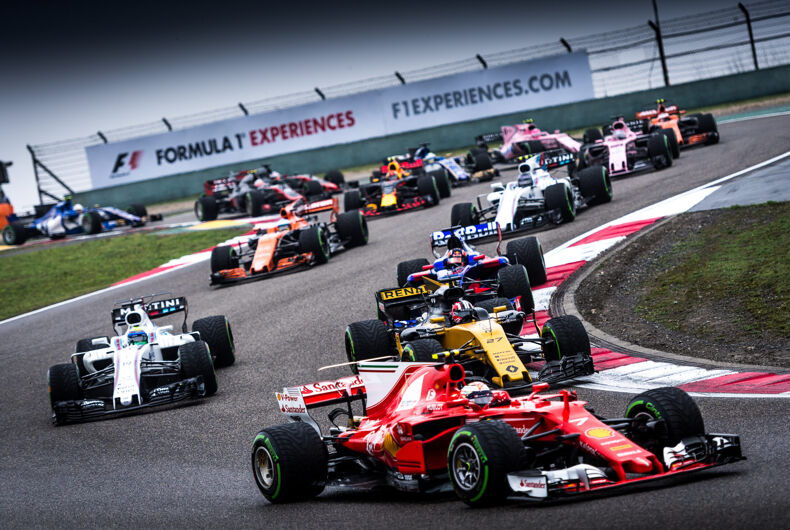 The owner of a Formula One race track and her mistress were reportedly shot to death by the CEO’s husband.

After shooting both women, Dubois reportedly contacted police and then killed himself as well. The alleged murder-suicide occurred in Maillet’s home in Gouvy, Luxembourg. The exact motive for the murder remains unclear.

“At 12:10 a.m., the bodies of two women and one man were discovered by the police in a house in Gouvy, all three presenting gunshot wounds,” a statement from Luxembourg’s public prosecutor said. “According to our information, the male individual voluntarily used his firearm to kill both women, including his wife, before killing himself.”

Dubois, a renowned race car trainer, reportedly knew about and accepted Maillet’s interest in women, a relative told the French news site DH sports. Her interest in women was an “open secret,” the publication said, adding that Maillet and Durviaux, a lawyer and legal professor from Brussels, were lovers.

Legal authorities began looking for Maillet after she failed to show up to the Ypres Rally event of the World Rally Championship on Sunday morning, the car enthusiast website Jalponik reported.

Maillet herself was a pilot and former award-winning race car driver. She served as the race track’s CEO since 2016 and reportedly helped modernize it.

“She was someone who really had car racing in her veins. Her DNA was car racing, projects, ambition for the circuit. And she wanted this circuit, which is the most beautiful world, to be even more,” Melchior Wathelet, president of the Spa-Francorchamps circuit racetrack, said in a statement.

A gay man passed a warning note to a woman on her first date. She listened.

Rachel Levine on facing transphobia: “I am really able to channel that emotion into my work”