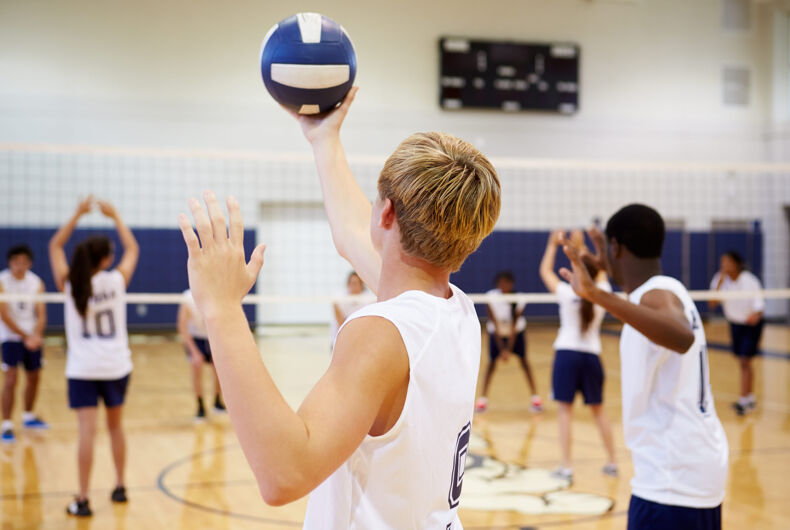 Inoke Tonga — a gay volleyball coach at Valor Christian High School, a Christian private school in Highlands Ranch, Colorado — said the school’s administrators gave him a choice: renounce his homosexuality or resign from his position. He resigned and is now speaking out against the homophobia he faced.

Tonga had intended on spending a second season coaching volleyball at the school. But then his colleagues discovered an interview on his Facebook page that identified him as a gay man.

On Thursday, August 19, 2021, the school’s campus pastor and athletic director confronted him about the interview.

The school gave him a choice, Tonga said: “Be gay, or admit that I wasn’t gay and that I was just having what they call ‘a spiritual battle.’ I had to denounce being a gay man, cut off any goals I had of marrying the love of my life, and delete the post and also accept their help of becoming a child of God.”

In a public Facebook post, he thanked God’s angels for helping him not break down and cry during the 1.5-hour conversation. The administrators allegedly told him that parents wouldn’t appreciate paying tuition just to have their kids educated by a gay man. They also said that Tonga wasn’t actually gay but just having trouble “becoming a child of God.”

“I wished I would have advocated for myself and stood my ground instead of falling victim to feeling bad about myself and hating myself all over again, due to the conversations and words they were spitting at me,” Tonga wrote in his post.

Tonga also expressed love and gratitude for parents who have since spoken out against “a School that hides behind hate, fear, and fake, ungodly love.”

“My identity will not be defined by a few men in a room full of self-righteous egos, who will never be worthy enough to tell me my worth,” he wrote. “The lack of love these men and others have for me is fulfilled by the eternal love that my God has for me.”

Micah Porter, a Colorado school administrator and Education Coordinator for the Sports Equality Foundation, told the LGBTQ sports website Outsports that the school’s actions violate the equity principles required by its membership with the Colorado High School Activities Association (CHSAA).

When questioned about the conversation, the school said that Tonga had signed a contract agreeing to follow the school’s community standards when he was hired. The school has also said that Tonga “has misrepresented many aspects of this matter” and agreed to leave after indicating that he didn’t “support Valor’s beliefs.”

The school wrote that it agrees with Tonga’s decision to leave.

No one wants to work for Chick-fil-A. They can’t figure out why.