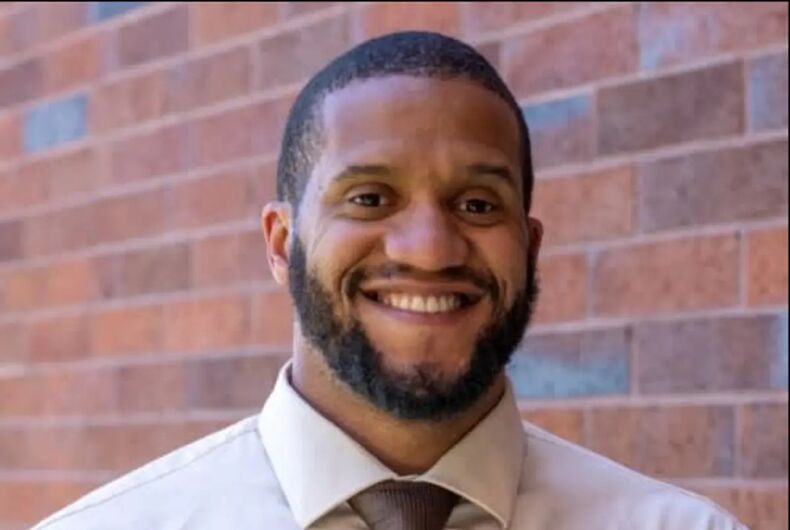 Eric Osterberg, the assistant city manager of Klamath Falls, Oregon was threatened with stoning by a man holding a rock during a recent public meeting.

Osterberg was preparing to deliver the findings of a task force on racial equity when the man stopped him in the chamber and accused him of being “a sinner for being gay” and “of spreading AIDS here in the community.”

Osterberg, who is also Black, told his colleagues about the confrontation before his presentation.

“I just want to start the meeting off by pointing to you that just having a simple conversation about racism in our community is gaining that level of violence, that threat of violence,” he said.

The man accused him of blasphemy and “of trying to say that I am the second coming of Christ,” he said.

The man was removed from the building, but officers said they did not have “enough information to arrest him.” Osterberg expressed disappointment in the decision to let the deranged man walk free “since he made a direct threat to me.”

“I think this proves that there is such a violent reaction to the idea that there is even racism in the community,” he said. “That people are being threatened by violence in order to try and silence them. And I think that is pretty damning of the community.”

Osterberg has challenges ahead as well. He is leaving his position in Oregon to become the city manager of Ferguson, Missouri. Protests over the murder of Michael Brown, a Black man, by police. The white officer who killed him, Darren Wilson, wasn’t charged with a crime and the unjustified homicide spawned weeks of nationwide protests.

Yesterday, Eric Osterberg, a Klamath Falls (Oregon) official who is also gay and Black, was making a presentation about equity.

Before he did that, a Christian man threatened him, holding a rock, saying he deserved to be stoned.