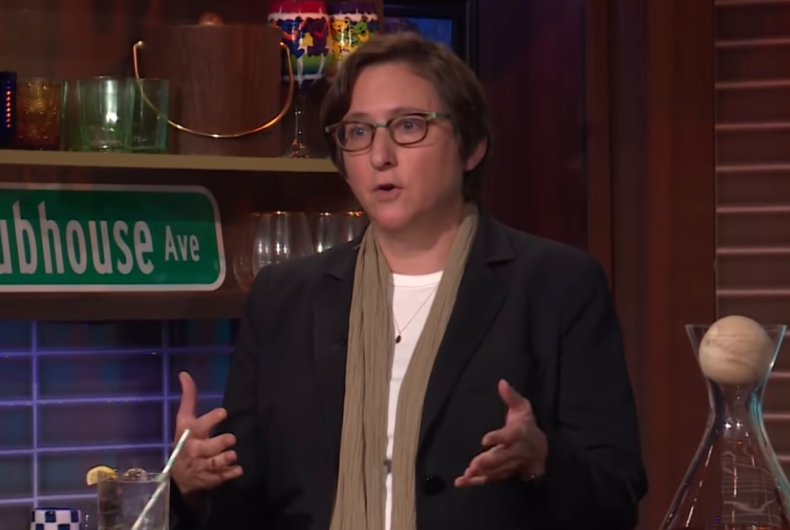 President Joe Biden (D) made a series of appointments announced on Friday to several integral positions regarding American foreign policy that do not require confirmation from the Senate.

Biden chose Khisr Khan and Sharon Kleinbaum to serve as Commissioners on the United States Commission on International Religious Freedom (USCIRF), an independent body which evaluate the state of religious freedom around the world and report them both to the President and Congress.

Kleinbaum is an out lesbian who is currently the Senior Rabbi at the Congregation Beit Simchat Torah (CBST) synagogue in New York City. She is married to Randi Weingarten, the current president of the American Federation of Teachers (AFT), which has over 1.6 million members nationwide.

Each leader is entitled to name three appointees, although some of the Senate’s and House’s nominees must receive recommendation from leaders of the party opposite of the President’s, meaning Republican leaders have a say in who’s going to be named to those seats.

The Presidentially-appointed Ambassador-at-Large for International Religious Freedom, who serves in the State Department and does need Senate confirmation, also serves on the commission as the tenth, non-voting member.

Kleinbaum previously served on the Commission in 2019 and 2020 after receiving the recommendation of then-Senate Minority Leader Chuck Schumer (D-NY). She returns at the behest of President Biden.

In a statement, the White House praised Rabbi Kleinbaum’s proven leadership of one of the few LGBTQ-centering religious centers in the world. Actress and former political candidate Cynthia Nixon and the late activist Edie Windsor are known to have been just two of several thousands of members at the synagogue.

“Rabbi Sharon Kleinbaum… was installed as CBST’s first rabbi in 1992, arriving at the height of the AIDS crisis when the synagogue was in desperate need of pastoral care and spiritual leadership. She guided the congregation through a period of loss and change, while addressing social issues and building a strong and deeply spiritual community,” the White House said about her.

I am thrilled that @POTUS will nominate my friend Rabbi Sharon Kleinbaum as Commissioner of the US Commission on International Religious Freedom. @Skleinbaum is a fierce, unparalleled defender of human rights and the inherent dignity of all. Mazel tov, Rabbi!

Thank you @RepJerryNadler ! I am grateful for all you do every day for all of us! https://t.co/NPc7WpKEiW

Rabbi @Skleinbaum is a faithful leader for the #LGBTQ and Jewish communities. She will be a fierce protector of religious freedom and will defend LGBTQ people and minorities against attacks based on religious beliefs. She is the right person, heeding the call at the right time.

Shabbat Shalom to everyone & especially to Rabbi Sharon Kleinbaum of @CBST — a fierce & compassionate champion for justice nominated by @POTUS today to be the Commissioner of the U.S. Commission on International Religious Freedom! https://t.co/GeNVNRd4C8

Rabbi Kleinbaum shared an inspiring message in 2018 on the cable late night talk show Watch What Happens Live! alongside out host Andy Cohen and his guest, Sarah Jessica Parker.

She appeared right just days after the Pittsburgh synagogue massacre that claimed 11 lives, which is currently considered the deadliest attack against the Jewish community directly in American history.

Khizr Khan, the other commissioner named by President Biden, is a lawyer that has “before the Supreme Court of the United States, various Federal District Courts, and Washington, DC and New York State courts,” the White House said. A man of Muslim faith, Khan’s son, Capt. Humayun Khan, died in action in Iraq in 2004 while serving in the Army.

On the campaign trail in 2016, then-candidate Donald Trump repeatedly insulted Capt. Khan and his parents, as well as other Muslim people, especially after Khizr spoke at the Democratic National Convention and held up a copy of the Constitution.

Kleinbaum will return to the USCIRF in time to bring LGBTQ representation and advocacy to a body that was split between three conservative appointees and three liberal appointees. Now, there are five liberal appointees, with one Senate appointment awaiting from Sen. Patrick Leahy (D-VT), the current President pro-tempore, and with the non-voting Ambassador-at-Large, that will grow to six.

One person on the commission currently is Tony Perkins, who is the head of the Family Research Council, a group designated a hate group by the Southern Poverty Law Center (SPLC). He has consistently advocated against LGBTQ rights for decades. Perkins was named a Commissioner as then-Senate Majority Leader Mitch McConnell’s nominee in 2020, and his term expires in May 2022.

The President also named Deborah Lipstadt as his nominee for the ambassador-level role of U.S. Special Envoy to Monitor and Combat Anti-Semitism, which is also in the State Department and focuses on religious freedom.

She is a historian and professor at Emory University where she founded the Institute for Jewish Studies. Lipstadt has extensively written about the Holocaust and studied Holocaust denialism.

We welcome @POTUS appointment of Khizr Khan and Sharon Kleinbaum as independent commissioners with @USCIRF. We look forward to collaborating with them to advance religious freedom for all. https://t.co/RrDyoIFCip

Wonderful to welcome Rabbi Sharon Kleinbaum back to @USCIRF, @KMKhan_Law as a new Commissioner & Rashad Hussain as new @IRF_Ambassador!

Honored to be able to work in a #bipartisan way on such an important issue! #ReligiousFreedom https://t.co/H3NWI4HG7m

We’re kvelling at NYJA over co-founder and Board Member Rabbi @Skleinbaum’s appointment by @POTUS to @USCIRF. Way to go Sharon! https://t.co/TINPSsaLKx

Congratulations @skleinbaum, a passionate and righteous voice for freedom, dignity, and equity for all. https://t.co/Ulb1b8PXm8

LGBTQ athletes are shining after the opening week of the Olympics