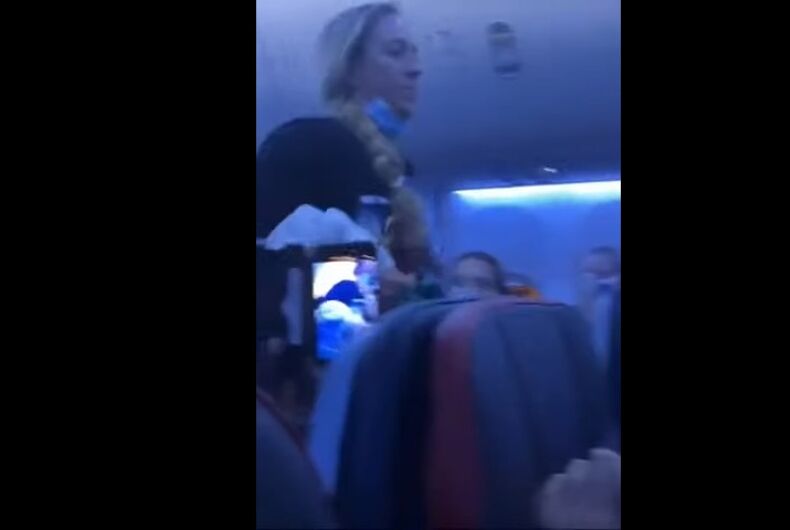 A woman was dragged off a plane as passengers cheered after she made anti-gay remarks and reportedly refused to wear a maskPhoto: Screenshot

A short viral video shows a woman and her family being tossed off a flight for allegedly not following coronavirus prevention measures. As the group departs, someone starts using anti-gay slurs and things turn ugly when the passengers reacted.

The woman is identified in the video’s caption as a Dallas-area realtor. The rest of her party includes several children.

Someone in the group can be heard using the slur “faggot” repeatedly. The woman jerks around to argue with passengers who erupt with outrage.

“You think I talk to my kids about same-sex marriage!” the woman yells as the rest of the group exits. “No, we don’t talk about that. But if we all want to talk about it, let’s talk about it.”

No one got a chance to talk about it as someone off camera grabs the woman and drags her to the door.

The passengers erupted into loud applause as she was forcibly ejected from the flight.