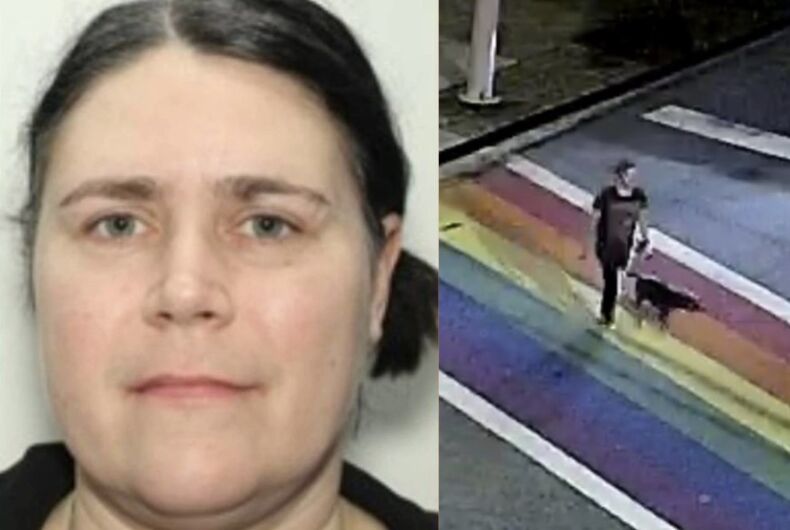 An Atlanta queer woman was found stabbed to death in a park in what police called a “gruesome” scene. Her dog was also found dead with her.

This past Wednesday at 1 a.m. in Piedmont Park the bodies of Katherine Janness, 40, and her dog Bowie were found. Janness had been stabbed multiple times, her face disfigured in the attack.

“She was the most intelligent, kind, humble, and beautiful person I have ever known. I wanted to spend every second with her,” her fiancee Emma Clark wrote on Facebook.

“Today I lost the love of my life and my baby boy. It was tragic.”

Janness – a bartender at the Campagnolo Restaurant and Bar in Atlanta – and Clark had dinner together on Tuesday evening and then Janness took Bowie for a walk. When she didn’t come home, Clark found her body by using an app to track her phone’s location in the park about a mile from their home.

Police searched the park for evidence and went door-to-door in the neighborhood to find witnesses. They returned to the park with diving gear to search a lake.

The last known picture of Janness shows her crossing a nearby rainbow crosswalk. Atlanta police released the image and are offering a $10,000 reward for information on the killing.

Police are not releasing more details on potential suspects, motives, or the crime itself to avoid interfering with the investigation. They have not said how Bowie was killed.

On Thursday, the FBI announced that they are joining the investigation.

Throughout the day on Wednesday mourners left flowers and dog treats at the entrance to the park where Janness was found.

“Katie was the most down to earth, beautiful spirit that you would ever meet,” coworker Chip Powell said.

Joe Clark, Emma Clark’s father, told the Atlanta Journal-Constitution that the women “would’ve been together forever.”

“Their love and relationship was based on mutual understanding to let each other live a full life,” he said. “They were a happy couple building their life-long future.”