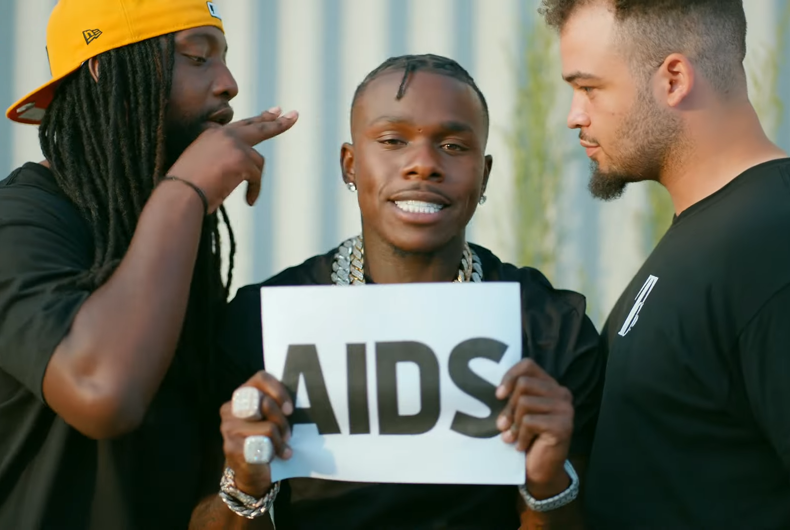 Rapper DaBaby released a music video for a song that uses AIDS as an insult just days after he apologized for making similar comments at a live show this past weekend.

In the accompanying video, he holds up a sign that says “AIDS” as two men push him around. He puts down the sign, pulls out two pistols, and shoots both of the men.

The only reference to his comments from this weekend is a message tacked on at the end of the video that says “DONT FIGHT HATE WITH HATE” in rainbow colors.

“My apologies for being me the same way you want the freedom to be you,” text on the screen says. 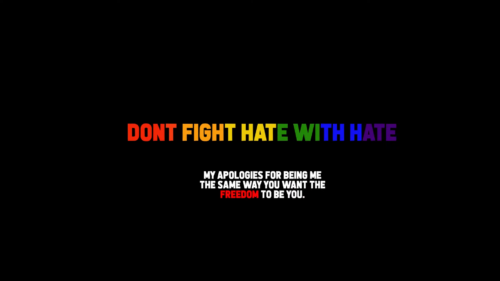 “If you didn’t show up today with HIV, AIDS, or any of them deadly sexually transmitted diseases, that’ll make you die in two to three weeks, then put your cellphone lighter up,” DaBaby said at the Rolling Loud Miami festival this past weekend to try to get the crowd energized.

“Fellas, if you ain’t sucking dick in the parking lot, put your cellphone lighter up,” he said.

Video of his comments went viral online and he got both support and criticism from other musicians. He apologized on Tuesday night.

“Anybody who done ever been effected by AIDS/HIV y’all got the right to be upset, what I said was insensitive even though I have no intentions on offending anybody. So my apologies,” DaBaby wrote.

Because his new video undermines that apology, DaBaby has already taken to Instagram to explain it as an act of defiance against people who criticized him, saying that he finished shooting the video just hours before going to the Rolling Loud Miami festival.

“Due to things deemed ‘insensitive’ said during your performance even though you’re an ENTERTAINER, try to apologize and explain that you meant no harm & that you were only entertaining as you are paid to do, & have no problem with anyone’s sexual preference that is outside of yours,” he wrote, claiming that “a substantial amount of people refuse to understand” his “logic” and take “food out your kids mouth.”

He said it was “coincidental” that the video mentioned HIV but he had to release it – instead of editing it first – to “stay true to yourself & DROP DAT BITCH in the height of the commotion.”

DaBaby said that the video shows that he “CANT BE FUCKED WIT” and he called it “God’s Work.”

The NSFW video is below.