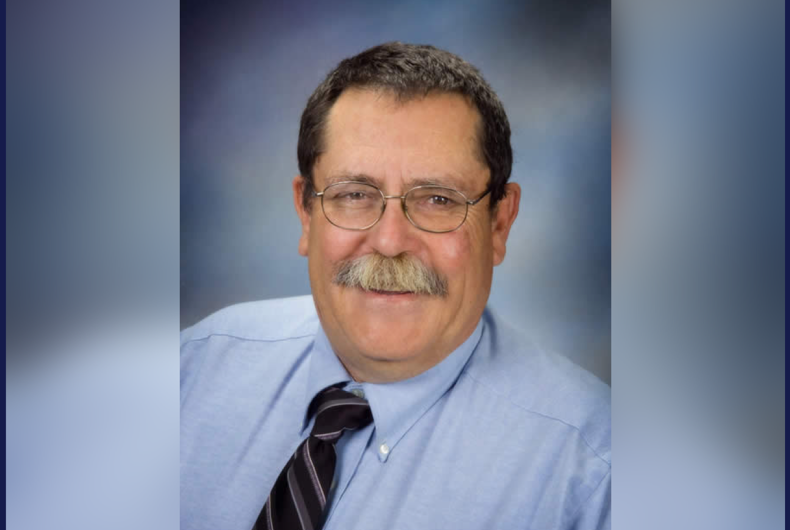 A city councilor for a town in Oregon was criticized after making an anti-trans remark in jest during a public virtual council session. After being called out for the remarks, the councilor made further derogatory, anti-trans remarks that have now led to calls that he resign his office.

The initial comment was made on June 28, as the council was preparing for a meeting. One councilmember’s name was misspelled, and another said the name resemble a typically feminine name, leading Council President Bob Cotterell to quip, “Well that’s fine, you’re in Oregon. You can be a boy today and a girl tomorrow.”

After an awkward pause, Amy Sowa, the city’s recorder, “reminded people that those connected to the Zoom meeting could hear the councilor’s comments,” the News-Review reported. The remark wasn’t addressed and the meeting commenced as scheduled.

A city resident who heard the remark, Lan Ha, wrote an email the following day, expressing that she took offense to Cotterell’s comment.

“This was not appropriate for a public hearing and does not help in bettering our community, and actually isolates our LGBTQ+ members when made by our leaders,” Ha said.

Ha also called the council out for choosing to remain silent after the remark.

“I ask that our council is more thoughtful of this in the future during public meetings and for someone to actually stand up to discriminatory jokes/comments instead of just being silent after being told that there are public audience participants that are listening in afterwards,” she said.

After being called out in the email, several members of the council took the opportunity to apologize and denounce Cotterell’s comments.

“I will do my best to do better moving forward to make sure all feel welcome, cared about, and accepted,” councilor Andrea Zielinski wrote back to Ha, noting she found the remark “Not OK or acceptable.”

He lamented that he “Had a chance to stand up to an unacceptable comment regarding transgender people and missed it,” he wrote. “For someone who professes to be a supporter and ally of the marginalized, I need to do better.”

Prawitz noted “It’s not about what’s ‘PC’ or political or being ‘woke’ its about loving people and I should have done better.

At the next council meeting on July 12, Cotterell’s remarks were addressed.

Ha’s husband, Ryan Cram, spoke and condemned both Cotterell for the comments and specifically the town’s mayor, Larry Rich, for not responding to the incident.

“I’m pretty disappointed by the council, especially you Mr. Rich, for not stepping up. I shouldn’t have to be here coming to talk to you guys. You are all leaders in the community. This is a community for everyone and you guys need to be inclusive,” Cram sternly told them.

While Prawitz and others expressed that they understood the harm of the remarks, the mayor — and the actual person that said them — did not do the same. Other councilors expected one of them to reply to Cram’s comments, but neither spoke.

Mayor Rich did not even acknowledge Cram’s remarks at the July 12 meeting. Afterward, he continued on with the rest of the meeting’s agenda, according to the News-Review.

Later, Rich told the paper that he couldn’t comment because “he didn’t hear what Cotterell said,” despite Cram speaking on it at the most recent meeting.

When contacted by the paper, Cotterell not only expressed that he didn’t apologize for the comments, he called the very notion of people having gender identities “a joke.” He further suggested that people choose “whatever gender [they] desire” on a day-to-day basis when expressing their gender identity.

“I believe it’s a joke, I really do,” he said. “It’s magical thinking to become whatever gender you desire simply by saying, ‘That’s how I identify today.’ It’s foolish thinking.”

He then explained how he believes gender identity works.

“To me, there’s two genders. If you pull the front of your pants down you can figure out which one you are. If you have an outie you’re a male, and if you’re an innie you’re a female,” Cotterell told the News-Review.

While noting he “doesn’t care” how anyone identifies, he continued to denounce trans and non-binary people for how they identify.

“If you want to be a female, that’s your deal, but you have to go through a lengthy medical and scientific process,” he said, “you can’t just get up today and say, ‘Today I’m a woman’ or ‘Today I’m a man’ … Do I care if someone wants to be a male or a female? No. But don’t tell me that you can decide daily what gender you want to be.”

Then, the paper reported, he compared gender identity to panda bears.

“I like panda bears, so tomorrow if I self-identify as a panda bear, does that make me a pander[sic] bear?”

He continued defending his views by explaining that he was a veteran that participated in the War on Vietnam. He blamed the controversy on “woke culture.”

“This is America. I fought in Vietnam and I know what free speech means,” he said.

“I’m kind of getting tired with this woke culture we now supposedly have. I’ve never been asleep. It just annoys me,” he claimed.

Mark Lenihan, president of the PFLAG chapter in Roseburg, acknowledged that Cotterell’s initial comments were “inappropriate” — but once he heard the subsequent comments to the News-Review, Lenihan became “so angry” that he was “shaking.”

“The man needs to be removed because he does not represent the people of this town. If he thinks he does, he’s just delusional,” Lenihan said. “This is not appropriate for anybody, let alone for someone in a role of civic leadership.”

He noted the high rates of self-harm and suicide in trans people across the country.

“This gentleman’s comments show he definitely has no understanding of what transgender people go through, the amount of self-loathing, the anguish that a transgender person goes through.”

Councilor Zielinski spoke up in defense of Cotterell to the paper. “Bob says things offhanded. I never think he truly means to offend people, but sometimes he does,” she justified his remarks.

Trying to make this a “constructive moment,” Prawitz said he talked to Cotterell and asked him to “just leave room for the fact that [trans and non-binary people] are here, they exist, and you represent them. And it’s a non-starter for him.”

Prawitz said “It’s very hard to move someone from their position when they have that attitude.”

Cotterell, meanwhile, continues to refuse to apologize for his initial comments, because they were not “false or a lie” in nature.

“You are able to self-identify gender in this state,” he said, “and if [saying] that offends you I don’t know what to say. It appears that people want to be offended by something.”

He said calls for trainings would be useless, and would be a waste of the council’s time.

“You’ll never convince me that what I said was wrong no matter how much training we get.”

Roseburg is a town less than three hours from Portland, and estimated as the home of 23,000 people. Roseburg’s mayor and council are unpaid “volunteers” elected to their positions every four years.