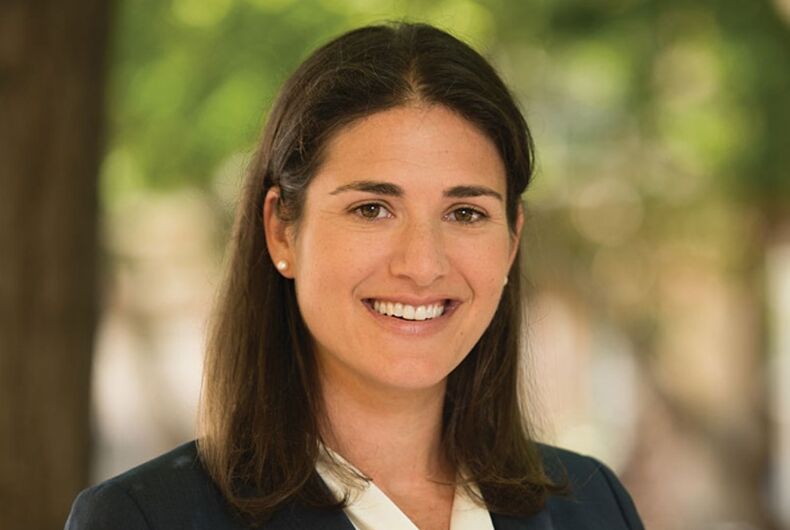 The California legislature recently passed a bill that would remove male pronouns from state laws when referring to elected officials.

According to the AP, the bill was set in motion when state Assemblywoman Rebecca Bauer-Kahan (D) was researching the qualifications for attorney general and noticed the laws describing the position use he/him pronouns, implying any hypothetical attorney general would be a man.

So Bauer-Kahan introduced A.B. 378, which calls to “remove gendered language” to provisions regarding positions like governor, lieutenant governor, attorney general, secretary of state, and others.

“In 2021, we have the first elected female Lieutenant Governor, a female Controller, Treasurer, and Secretary of State. Our laws do not reflect that,” Bauer-Kahan said in a statement after the bill was passed by the legislature.

“California’s code still refers to the lieutenant governor as a ‘he’ when that is clearly not the case,” she continued. “This bill updates this language to accurately reflect that gender has no bearing on the office you can hold.”

#HappyPrideMonth! My equality package is headed to @CAgovernor!! #AB378 w/@EleniForCA removes male gendered language in CA law and #AB439 w/@eqca adds nonbinary options to death certificates, so people are respected in their death as they are in life. Proud to carry this fight! pic.twitter.com/NzNJvigXos

A.B. 378 passed as part of what Bauer-Kahan called her Equality Bill package, which also included a bill sponsored by the LGBTQ organization Equality California that added a non-binary gender option on death certificates.

“When non-binary people pass away, it is important to have their full identity reflected on their death certificate,” Bauer-Kahan said in a statement. “Incorrectly assigning a non-binary person a gender is wrong and disrespectful to their memory.”

In a tweet, Bauer-Kahan celebrated the passage of both bills. “Proud to carry this fight!” she wrote.