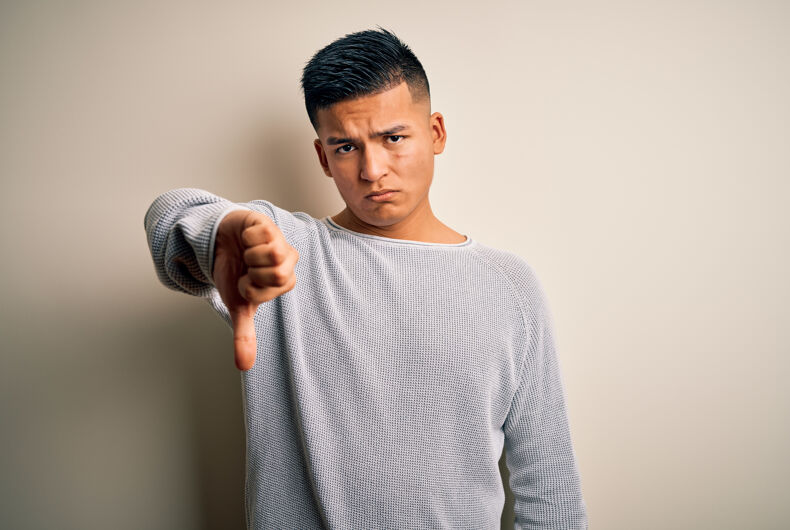 Wichita, Kansas has a strange and convoluted history when it comes to LGBTQ nondiscrimination laws. An ordinance passed in the late 70s was repealed by voters. Another was mysteriously repealed in 1999.

But a proposed law meant to add nondiscrimination protections back into the city code is being condemned by LGBTQ advocates as “worthless, absolutely worthless” since it doesn’t include a mechanism for anyone to file a complaint.

“They write three pages of ordinance and then say ‘We’re not going to enforce it,’” Tom Witt, executive director of Equality Kansas, said.

Mayor Brandon Whipple cautioned that the draft version will not be the final ordinance. He said he would submit an amendment to deliberately remove the paragraph that specified there would be no enforcement.

But the change wouldn’t really help anything. Whipple’s amendment wouldn’t establish an actual enforcement mechanism, it would simply remove the insulting paragraph. Instead, it would toss the issue to a city board that has just been started; it would investigate and make recommendations to the city council who would write and pass another ordinance sometime in the future.

“Once they are fully established and setting that vision for Wichita, they can look toward this and maybe they’ll be that mediation board (to handle complaints), maybe they’ll make other recommendations for us,” he said.

“It’s extremely important to know that when it comes to creating a more equitable and just city, you don’t take one vote and call it good. It’s an ongoing process that I think the city of Wichita is committed to.”

A nondiscrimination ordinance, however, is not normally “an ongoing process.” After it is passed, it becomes law complete with enforcement mechanisms. This is the legislative version of throwing something at a wall to see if it sticks.

No one seemed to know why the ordinance was repealed in the late 90s. A section of city code was removed that included the protections when the council disbanded several civil rights commissions.

After the first ordinance was passed in 1978, someone set fire to the anti-discrimination campaign’s leader’s home. They left the city — as did most of the other advocates. It was repealed by voters by a large margin.

But in a sign that times haven’t changed much in Kansas since then, several councilors feigned ignorance as to what the various terms meant and built up strawmen to knock down.

“I’m trying to understand here some of the identity things… where identity and science might not add up,” council member Jeff Blubaugh asked. “Is that age, is that race, is that gender? What are we looking at here on this policy?”

“You know, if there is a 30-year-old employee who wants to identify as 62 and take advantage of the city’s pension program, how do we address issues like that?”