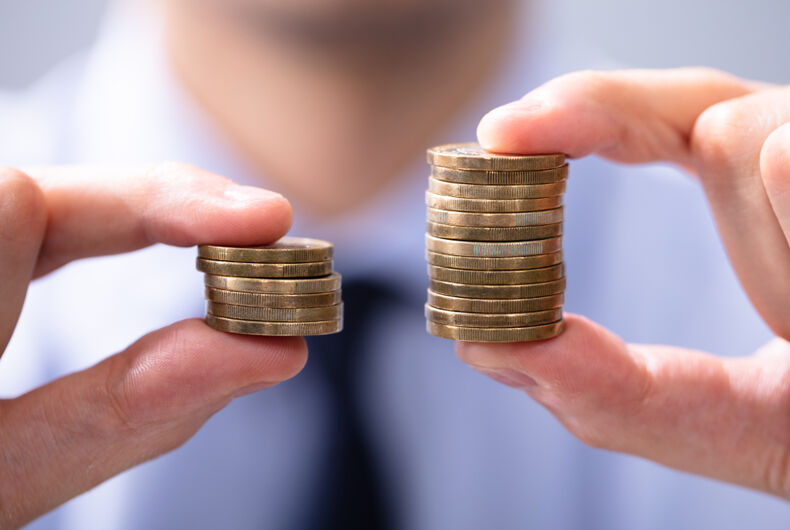 Senate Republicans have stopped a bill to fight discrimination in the workplace from coming to a vote, increasing calls to end the filibuster so that the Republican minority can’t block all progressive legislation.

The Paycheck Fairness Act failed to get past the filibuster in a 49-50 vote this past Tuesday in the Senate, after it passed the House this past April.

Current federal legislation that bans pay discrimination, Democrats argued, has not been good enough to solve the gender pay gap. They say that 40% of the estimated 18% pay gap between women and men cannot be explained by factors like education and union membership.

Research has shown that LGBTQ people face pay discrimination in the workplace, with gay men in one study found to make between 10% and 32% less than straight men. Another study found that transgender women lose about one-third of their income after transitioning, about twice as much as the estimated pay gap between men and women.

“As workers across the country struggle to make ends meet amid this economic crisis, women cannot afford to wait any longer to get equal pay,” said Sen. Patty Murray (D-WA), who introduced the Paycheck Fairness Act in the Senate. “Right now, women are still paid less on average than their male counterparts — and the gap is highest for women of color. I want our economy to be one where every worker gets paid fairly for the work they do and can support themselves and their loved ones.”

Senate Democrats said that the bill’s failure highlights how Republicans are using the filibuster to block progress. Current Senate rules require 60 votes to move a bill forward so that the Senate can vote on it, and the Senate is currently split 50-50 between Republicans and Democrats.

“There are real limits to bipartisanship here in the Senate,” said Senate Majority Leader Chuck Schumer (D-NY). “Every Senate Democrat is ready to start debate, but Senate Republicans seem to be mounting another partisan filibuster on this bill. It’s ridiculous.”

Sen. Joe Manchin (D-WV) and out Sen. Kyrsten Sinema (D-AZ) have been the most outspoken opponents of ending the filibuster in the Senate.