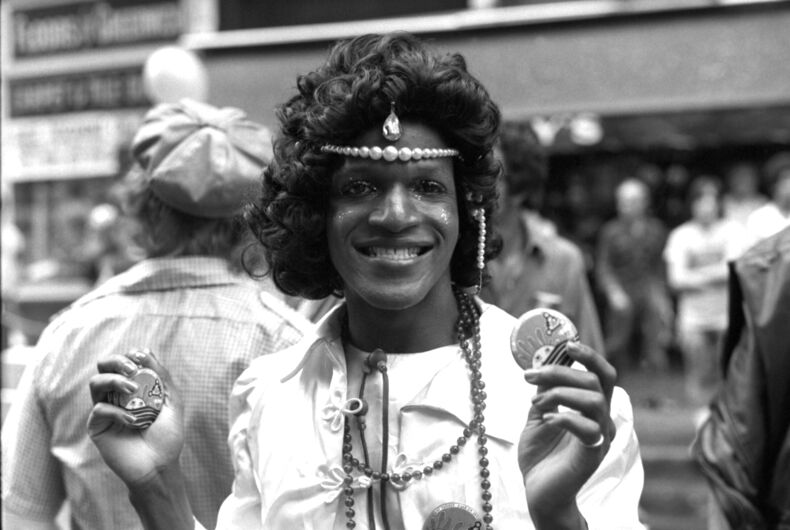 From the Beats to Bob Dylan to the actors and artists of the day, Village Voice photographer Fred McDarrah was there, up-close and documenting New York’s counterculture for over four extraordinary decades.

In that time, McDarrah turned his inquisitive eye and sympathetic lens to a city undergoing momentous social change. And as it turns out, he had a pretty good eye for history, too.

So when McDarrah covered the aftermath of a police raid at the Stonewall Inn during the very early hours of June 28, 1969, he wound up as an eye-witness to one of the most pivotal moments in cultural history.

To this day, his photographic record – consisting of barely a dozen frames or so – of the Stonewall uprisings remains one of the most important visual documents of our times and a moment that has echoed in the decades since.

And if the post-Stonewall environment was about a new freedom for New York’s gay, lesbian and transgender community to be out and to be seen, then McDarrah’s lens was there to document that freedom.

For decades, McDarrah would do just that. Through documenting the evolution of Pride – the faces, the marches, the everyday and the extraordinary – his photos provide us with a wonderfully unique document of that evolution as it unfolded.

Throughout his career, McDarrah amassed over a quarter of a million images and like most news-led photo archives, what was published for the weekly magazine report was just the tip of the iceberg.

Behind every famous frame we recognize today lay contact sheets and negatives, unpublished material waiting to be rediscovered by fresh eyes and fresh lines of inquiry. Such is the vibrancy and value of any historical record, as it allows each generation the ability to decode and discover new relevancy.

When we turned to McDarrah’s Archive to re-examine his coverage of Pride through the years, we were thrilled to discover new frames and now familiar faces amongst the contact sheets that were originally not seen.

Marsha P. Johnson’s unmistakable exuberance as she connects with McDarrah’s lens in 1975 and a rare frame of Johnson and liberation activist Sylvia Rivera together as they march along Greenwich Avenue in 1970 are just two of the gems we can now add to the permanent historical record–and we are truly thrilled to do so.

The New York of McDarrah’s time has largely disappeared of course, although the immediacy and relevance of his work will, like any great photo archive, remain ripe for rediscovery for generations to come.

Bob Ahern is the Director of Archive Photography at Getty Images.