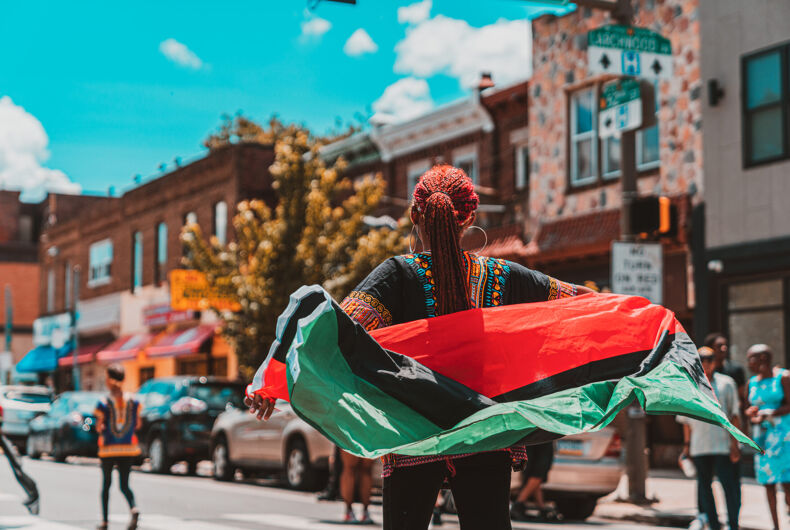 After a year when much of America has attempted to recognize and make up for racism, the holiday known as Juneteenth, recognized across the South by African-Americans for over 150 years, has become a national holiday.

Efforts to spread awareness and make Juneteenth recognized around the country have increased in recent years, and exploded last year when then-President Donald Trump held a rally on the holiday in Tulsa, Oklahoma, a city that was the site of a massacre of Black people just 100 years prior to today. But now that it’s going to be recognized for everyone, what should you know about Juneteenth?

First, most people don’t actually know what Juneteenth is, especially non-Black people. That’s because Juneteenth was marked first by freed slaves in Texas, and remained a small Southern tradition until the last few decades.

In short, Juneteenth marks when the Emancipation Proclamation was finally announced and read in Galveston, Texas, on June 19, 1865 – the true end of slavery in the United States, which was more than two years after President Abraham Lincoln issued the declaration. It took two years for Union soldiers to bring the news that far into the Confederate South, let alone actually enforce it.

In 1866, the next year, former slaves gathered to read the Emancipation Proclamation in public. And so, Juneteenth was born.

Even though Juneteenth marked the legal end of slavery across the country, thousands were kept enslaved even after. “It was not uncommon for slave owners, unwilling to give up free labor, to refuse to release their slaves until forced to, in person, by a representative of the government,” NPR reported based on PBS historian Henry Louis Gates’s explanation.

Understanding the holiday requires a much more in-depth explanation that recognizes the end of slavery in America (not the mythological version where Lincoln was the great white savior) and the white backlash to emancipation.

At a time when conservatives and educational institutions are trying to limit such education by claiming it’s “critical race theory,” enacting Juneteenth as a day off for everyone is controversial among Black people. People will now attempt to “celebrate” a holiday recognizing the end of the enslavement, while trying to punish people that dare to try and teach about it.

Also, while Juneteenth formally becoming a national holiday seems like a positive thing, the meaning of holidays often becomes devalued as people only view it as a day off from work or school. They also become commodified by corporations looking to have holiday sales or outpace their competitors — many observe this already on Martin Luther King, Jr. Day and Memorial Day, for example.

For many people, Juneteenth will not have an inherent meaning, so they are not really “celebrating” the holiday, just the benefits that come with it.

After the proclamation passed the Senate, I began to ask people what they hope people will do in recognition of Juneteenth.

A question I am trying to ask for a potential article:

In light of the Senate recognizing Juneteenth as a holiday – As a Black, LGBTQ and/or Texas person, what would you say to Black people looking to celebrate Juneteenth? What about non-Black people? Reply here if you wish…

Daric Cottingham shared some of his thoughts. Cottingham is Black, queer, and the multiplatform editor of newsletters at the Los Angeles Times. Being Dallas, Texas-raised, and Ruston, Louisiana-born, he is a lifelong Juneteenth celebrator.

“I grew up celebrating and honoring my ancestors with my family every June 19. We would celebrate with so much food — I would help my grandma Shirley in the kitchen fry up some green tomatoes (my favorite),” he told LGBTQ Nation. “My cousins and I would gather around to hear the history about the day the news of freedom reached the enslaved in Galveston, TX. We held talent shows for the kids and mock Juneteenth pageants; it was indeed a day of jubilation.

“While others celebrated July 4, Juneteenth was our day of freedom,” Cottingham said.

In fact, such “theory” is often just the factual record of events, which many Black people take pride in, but have fought for centuries to learn in the American education system. HBCUs were some of the first organized schools in America that taught that history and knowledge to African-Americans.

“Now, with Juneteenth becoming a federal holiday, it is like a double-edged sword for me. On the one hand, it’s the culmination of Black legislators who’ve spent years fighting for the day to be officially recognized by the government. But I can’t shake the uneasiness I feel.

“In a time when elected officials are working to ban critical race theory and teaching about the nation’s dark past, how can we fully respect what Juneteenth means while ignoring the root reason it exists?” Cottingham implored.

While Juneteenth is now celebrated by Black people all over, its roots are in Texas and in the South. So some find it off-putting that it is being written off as a Black people holiday, or even by some on the right, an attempt to completely “replace” July 4.

As Cottingham explained, it’s not a “replacement,” it’s the actual Independence Day for the people who didn’t see it on July 4, 1776 or later.

“If our ancestors weren’t enslaved in the first place, Juneteenth would not need to exist. We rejoice in the jubilation of freedom because the chains of slavery were broken. By ignoring this, it dishonors the importance of the day. This is why I feel uneasy with non-Black people essentially getting to celebrate the fact we were enslaved and finally freed.”

Jesse Sparks, the cities editor at Eater, shared what he hopes non-Black people will do to recognize Juneteenth. “It’s a great time for non-Black folks to really sit down and independently evaluate their relationships with Black people, culture, etc.”

Sparks feels that “Now that the day has governmental recognition, it’ll become the equivalent of MLK Jr. Day in white people’s eyes. Really, it’s a great day for everyone to ask themselves who they automatically do or don’t include in their imagination of liberation.”

“I would tell Black people to celebrate Juneteenth in the way that affirms their Blackness both on an individual level and a community-level,” Rose said. “For me, that looks like listening to stories about the older generations of my family and what they had to go through to get us to where we are now, as well as connecting with friends and family for some pro-black, kickback type [celebration.]”

Others shared their thoughts to me via Twitter, like Taylor Walker, the creator of the #FilmEmployed hashtag, community, and newsletter, and Harrison Guy, the founder of the Black gay fraternity Delta Phi Upsilon and the Houston Black LGBTQ Archive, among other organizations.

I’m from Galveston County so Juneteenth has always been a big deal to me and the community I grew up in. Parades, pageants, and lots of celebrations. It’s bittersweet for me because i see the holiday losing it’s true essence as it grows further from its central purpose.

I’ll chime in a bit. Black Americans in the south especially Texans already deal with a lot of erasure regarding our cultural and historical impact. It is important to know the actual history of Juneteenth

It’s not simply that enslaved people didn’t know they were freed. It’s more like slave owners actively hid that information from enslaved people to continue to exploit them and try to hold on as long as they could

Just learn about Juneteenth and also actively support Black people (no I don’t mean just read. I mean give money or something)

Officers attempt to storm a gay café to seize “f*ck the police” merch. It backfires.