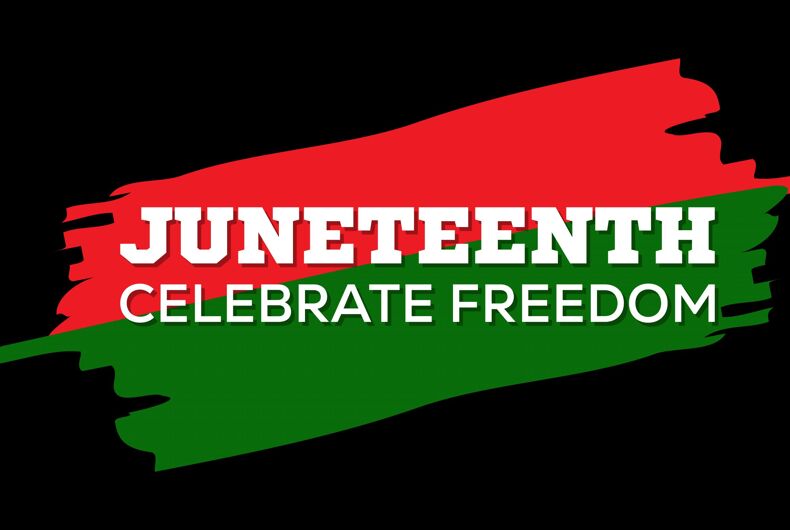 President Donald Trump’s plan to hold a campaign rally today in Tulsa, Oklahoma, was roundly condemned earlier this week. Not only would it be held at the site of a racist massacre of Black people, but it was also being held on Juneteenth.

Trump backed off of the plan after national outrage, claiming that he made the holiday “very famous,” earning even more scorn. But a quick look at social media proves the President correct in one small regard. White people are all over Facebook and Twitter asking the question: “So what is Juneteenth actually?”

Related: My family is due reparations. The government is still trying to take their land.

The short answer is that the Emancipation Proclamation was finally read in Galveston, Texas, on June 19, 1865 – the true end of slavery in the U.S. It took more than two years after President Abraham Lincoln issued the proclamation for Union soldiers to enforce it.

The next year, former slaves gathered to read the Emancipation Proclamation in public. And so, Juneteenth was born.

The longer answer includes the actual story about the end of slavery in America (not the mythological version where Lincoln was the great white Savior) and the white backlash to emancipation.

As The Root points out, Juneteenth isn’t just an obscure black holiday. It should be an American celebration.