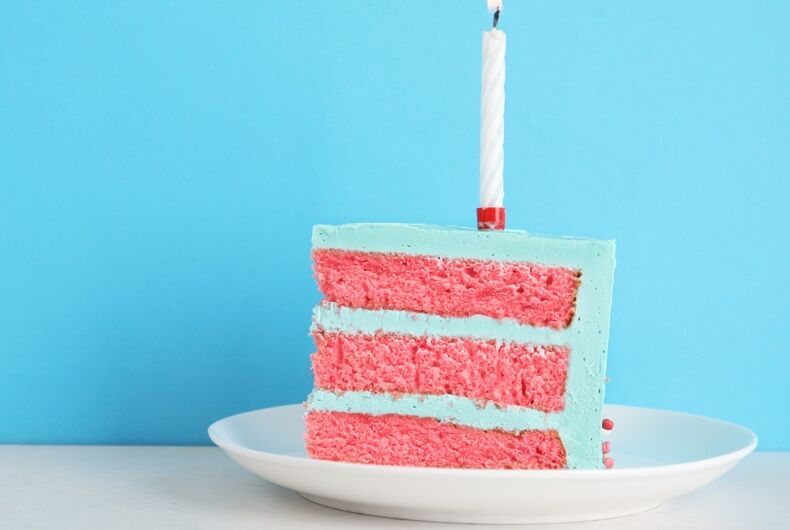 The conservative Christian baker who took a discrimination case all the way to the Supreme Court to win a religious exemption so that he wouldn’t have to sell a cake to a gay couple has just lost his second LGBTQ discrimination case.

In a decision that he will likely appeal, a Colorado judge in Denver ruled that Jack Phillips of Masterpiece Cakeshop illegally discriminated against Autumn Scardina when he refused to make her a birthday cake because she’s transgender, arguing that baking the cake violates his religious beliefs.

“The anti-discrimination laws are intended to ensure that members of our society who have historically been treated unfairly, who have been deprived of even the everyday right to access businesses to buy products, are no longer treated as ‘others,’” District Judge A. Bruce Jones wrote in his decision.

Phillips made headlines after he refused to sell a wedding cake to a gay couple in 2012 and was found to have violated the Colorado Anti-Discrimination Act. He claimed that his religious beliefs prevented him from selling a cake that would be used in a same-sex couple’s wedding. He appealed the decision to the Supreme Court, which gave him a partial victory but didn’t say that Christians don’t have to follow anti-discrimination laws.

Throughout the years-long process, Phillips said repeatedly that his issue wasn’t gay people’s identity, but that his products would be used at a same-sex couple’s wedding. He said that selling products that would be used at an event he disagreed with was an endorsement of marriage equality in general and he could not be forced to endorse something he disagrees with because of the First Amendment.

Scardina said that Phillips was fine with her order when she requested it in June 2017 until she mentioned that she’s transgender and the meaning that the colors have for her. Phillips allegedly told her that he “did not make cakes for ‘sex changes.’”

She filed a discrimination complaint and later sued Masterpiece Cakeshop. The anti-LGBTQ hate group Alliance Defending Freedom (ADF) backed Phillips – for the second time, they defended him in the first discrimination case too.

“The issue has to do with the message,” Phillips’s lawyer said. “The evidence will show that if Jack Phillips bakes that cake that it would mean he agrees a gender transition is something to celebrate. This lawsuit isn’t about discrimination, it’s about the freedom to disagree.”

During the trial in March, Phillips said that he believed the cake would celebrate “somebody who thinks that they can” live differently than the sex they were assigned at birth.

But the Denver judge didn’t agree. Phillips was fine with making the cake and selling it to Scardina before he knew she was trans but changed his mind when he found out, showing that his issue is her identity and not the product itself. If a cake that’s blue on the outside and pink on the inside is an act of speech, then it shouldn’t have mattered that Scardina is trans.

“This is about a business that is open to the public that simply says to an entire class of people in the community that your identity, who you are, is something that is objectional,” Scardina’s lawyer said in a statement.

ADF said that they are going to appeal the case because “radical activists and government officials are targeting artists like Jack because they won’t promote messages on marriage and sexuality that violate their core convictions.”