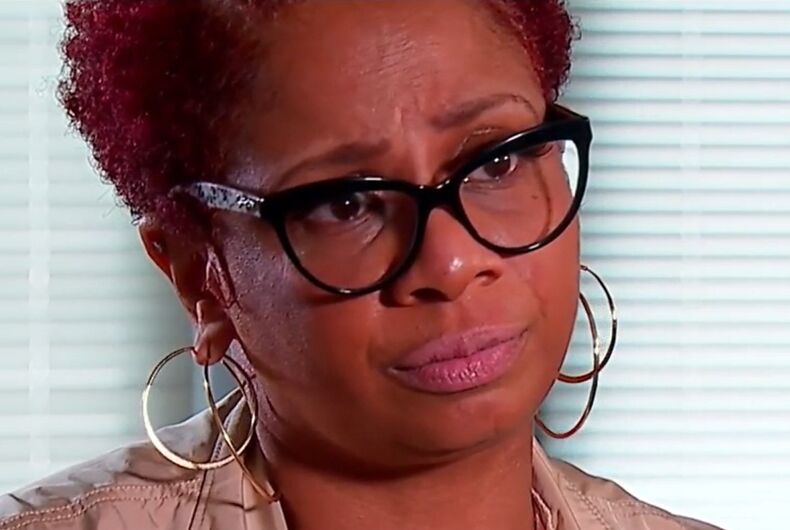 A Black woman in Indianapolis was able to get her house appraised for over $100,000 more just by going “in the closet” with her identity and hiding pictures of her family. She had a white man sitting in her home during the appraisal so that the company thought her house was owned by a white person.

“I get choked up even thinking about it now because I was so excited and so happy, and then I was so angry that I had to go through all of that just to be treated fairly,” Carlette Duffy told Fox 50 News.

Duffy said that she wanted to take advantage of the housing boom last year to refinance her home and buy her grandparents’ house nearby. But when she got her house appraised – twice – she didn’t understand why it was getting appraised for the same value as when she bought it in 2017 instead of reflecting the value it gained.

“When I challenged it, it came back that the appraiser said they’re not changing it,” she said.

Duffy said that she heard Fair Housing Center of Central Indiana (FHCCI) Executive Director Amy Nelson talk to a community group about racism in home appraisals. She read up on the issue and decided to find out if racism was behind the low appraisals she was getting.

She said that she removed all evidence that she’s Black from her home. She put away family photos and didn’t declare her race on the appraisal forms. She even got a friend who’s a white man to sit in her house during the appraisal.

“I took down every photo of my family from my house,” Duffy said. “I took every piece of ethnic artwork out.”

This appraisal came back double the first two, increasing the value of her house by over $100,000.

She also noticed that the comps – or comparable homes – that the appraisal companies used to determine the value of her house changed with the third appraisal. The first two used houses in historically Black neighborhoods that were over a mile away. The third used houses nearby that were similar to hers.

Duffy said that she was able to use the third appraisal to get a loan and buy her grandparents’ house, but she’s not stopping there. She has filed complaints with the Department of Housing and Urban Development (HUD) with help from the FHCCI, alleging discrimination.

Duffy said that she got the idea from an article in the New York Times last year.

In that article, a lawyer who is a Black woman hid her family photos and her books by Zora Neale Hurston and Toni Morrison and hung up large oil paintings of her white husband and his grandparents while her house got appraised for a second time. She even put out holiday cards from white friends with pictures of their families.

Both she and her bank were surprised by how low the first appraisal was, but her second appraisal – after she took down her family pictures – was 40% higher than her first one.

Housing discrimination against Black people is a major problem when it comes to home appraisal. A 2019 House Financial Services Subcommittee found that the average home owned by a Black person is undervalued by 23% compared to a similar home in a majority-white neighborhood.

“Housing providers need to know [discrimination] violates the law, and it demands urgent enforcement action,” HUD said in a statement.