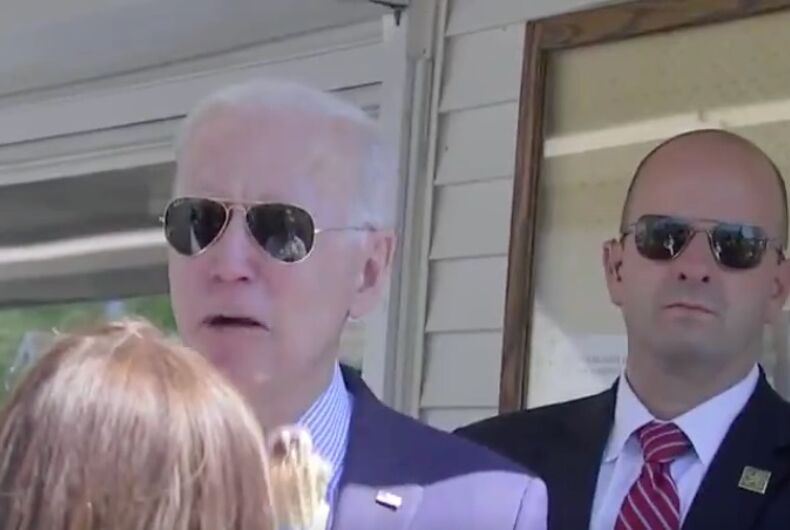 A man accosted President Joe Biden during a stop at the Honey Hut ice cream shop in Cleveland, Ohio. The Trump supporter hurled racist and antigay slurs at the president and members of the press traveling with him.

“F*ck you, motherf*ckers! … c*cksuckers!” the man screamed according to reports from the locally owned business.

“The angry person also repeatedly yelled slurs for Black and gay people at the press and White House staff,” the pool reporter noted.

The president chatted up staff and supporters and took questions from the press while making the unexpected stop. With Republicans opposing a commission that would look into the January insurrection at the Capitol, he was asked about the upcoming vote and the GOP’s attempt to block it.

What advice would he give the Republicans?

“I can’t imagine anyone voting against establishing a commission on the greatest assault since the Civil War on the Capitol,” Biden said. “But at any rate, I came for ice cream.”

The sh*t Republicans leave behind….here’s the report from the ice cream shop. pic.twitter.com/H7uzXmVKKV