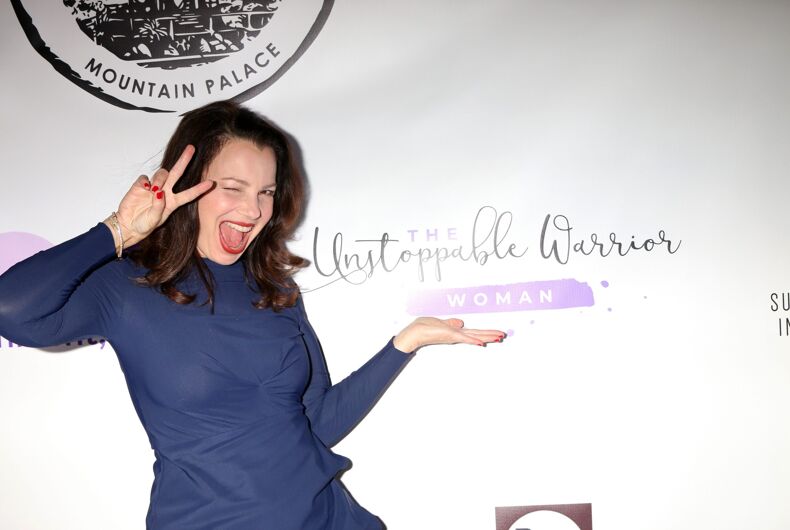 With the ‘90s sitcom The Nanny hitting HBOMax in recent weeks, it’s a great time for a re-watch of the series that had heart, style, and great jokes — and also a surprisingly inclusive queer sensibility.

The early ‘90s was a pretty rough time for queer inclusion on sitcoms. On one hand, TV shows were starting to acknowledge gay and lesbian characters more than in previous years (though still ignoring bisexuals, to say nothing of the awful depictions of trans people). But on the other, most sitcoms were terribly awkward about queer content. If a gay character appeared, it was usually for one single episode; and they were presented as that episode’s problem that needed to be resolved, so they could disappear by the end.

But The Nanny did things differently.

In the episode “A Fine Friendship,” for example, Fran meets a man who works as a nanny and assumes that he’s gay (because he’s attractive and knows a lot about musical theater). To her, it’s no big deal; she’s casual and comfortable around him… until she discovers that he’s actually straight, and then she panics.

That’s a clever turn-around from the normal ways that TV shows tended to handle the “gays as complication” trope. Most TV shows that introduced gay guest characters would show the main characters freaking out about homosexuality — on The Golden Girls, Rose becomes concerned when she realizes that a lesbian-of-the-week is interested in her; on Designing Women, a man living with HIV prompts “very special episode” music. On Friends and Frasier, the main characters are wide-eyed and aghast when they’re mistaken for queer.

Also interesting is a season four episode called “Oy Vey, You’re Gay,” in which Fran learns that a woman whom she thought was a romantic rival is actually a lesbian, and interested in her. On any other show, that might lead to a sputtering denial, and a flabbergasted “Why would you think that???” But Fran’s different. She pauses and asks if the queer character is Jewish, casually joking that they came close to making her mother very happy.

It’s kind, it’s inclusive, it’s affectionate — and for an American network TV show of the ‘90s, The Nanny is one-of-a-kind with its nonchalant acceptance.