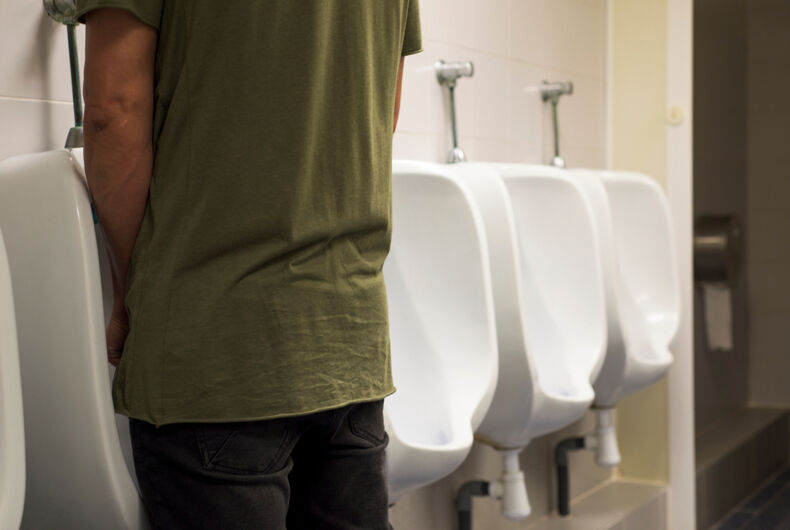 West Virginia pastor William Page, 59, has been arrested for secretly filming parishioners using the men’s restroom of the church.

Authorities say in a criminal complaint that they were called to the church after members found “a smartphone had been placed upon a ledge above a urinal.”

The phone belonged to Page.

Police confirmed the phone belonged to the pastor and found “videos of two males using the restroom” as well as “several short videos of [Page] setting up the device.”

He has been charged with a misdemeanor invasion of privacy.

The church’s social media accounts do not point to a website for the specific church and instead included the main site for the Church of God denomination. The Pentecostal branch of Christianity is usually hostile to LGBTQ rights, but it has no official creed or belief statement instead, leaving the decisions up to local churches.

The Morgantown church’s social media does not include any anti-LGBTQ posts but does tout former President Donald Trump and Rush Limbaugh, both noted opponents of LGBTQ rights.