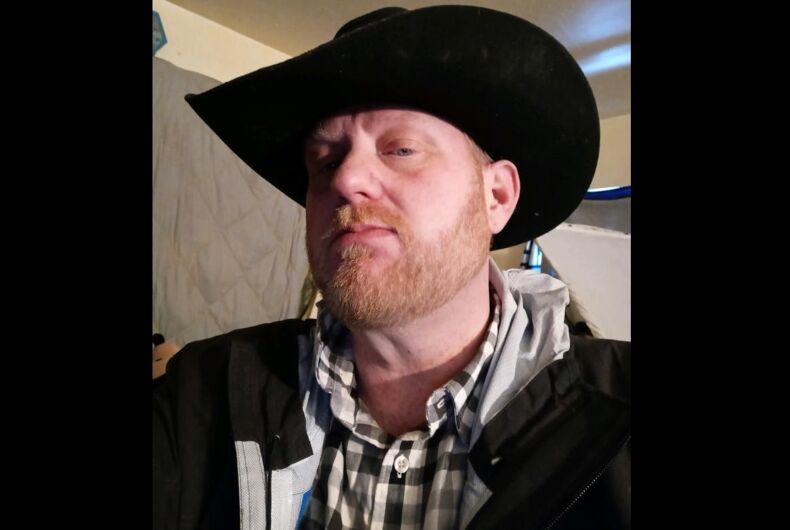 A Montana man convicted of consensual gay sex in 1994 won’t have to register as a sex offender.

He was convicted in Idaho of “crimes against nature” with another teenager and spent seven years in prison before being released.

The Montana Attorney General said it will appeal a federal court ruling that forcing Randall Menges to register as a sex offender was both unnecessary and discriminatory.

Menges was 18 at the time he had sex with two 16-year-old boys. If the boys were 16-year-old girls it would have been legal since the “crimes against nature” law only applies to sodomy and oral sex.

While the Supreme Court overturned sodomy laws in its 2003 Lawrence v. Texas decision, the state says they will appeal the ruling.

“We filed a notice of appeal because this order weakens our state’s sex offender registry law and opens it up to more attacks from out-of-state lawyers who are more interested in politics than the safety of Montana children,” Cantrell said.

The judge, however, noted that Menges was not a danger to children at all and that the case served no compelling government interests.

Montana repealed its sodomy law in 2013, ten years after the Supreme Court struck them down nationwide. Idaho, South Carolina, and Mississippi all require anyone convicted under their sodomy laws to register as a sex offender.

“It is unconscionable that in 2021, Montana would still put people convicted of having gay sex on the sex offender registry,” Matthew Strugar, Menges’ attorney, said. “This kind of overt, state-sanctioned homophobia would have been surprising 30 years ago. Today it is shocking. And it is unconstitutional.”

“We just wanted to live”: The struggles of being Black & queer in the Civil Rights era