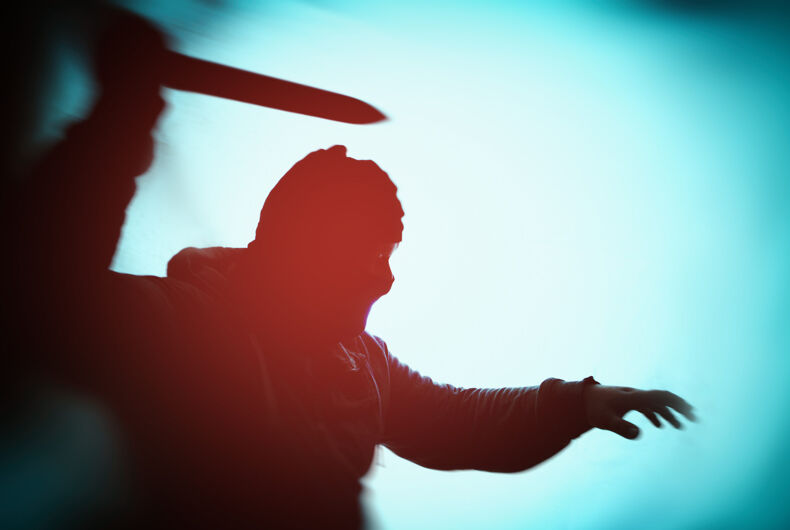 A man was stabbed with an ice pick on a train in New York City after being called “a faggot” because he moved away from his seat when his alleged assailant sat next to him.

The victim suffered wounds to the stomach and he had to get off the train to seek assistance before he was transported to the hospital.

Related: Gay couple that adopted a baby they found in the subway tells their heartwarming story

The stabbing was one of several incidents that highlighted a week of incidents on the subway that has led to criticism that public transit in the Big Apple is not safe, as the Metropolitan Transit Authority (MTA) plans to reopens in full for the first time since the coronavirus pandemic.

This incident took place on a “D” train in Manhattan, which was headed toward the Bronx late into the evening of May 5. A man boarded a train and sat next to another man, the eventual victim, when the train arrived at 125th Street.

The victim, 28 years old, moved from his seat — reportedly due to being uncomfortable — when another passenger boarded the train and sat next to him.

That angered the assailant, and he allegedly yelled, “you’re a faggot.” The victim apparently yelled back, telling the assailant to “suck my dick.” That’s when the assailant struck and stabbed him.

The assailant fled the train at the 155th Street station. His victim remained on the train until the next stop, 161st Street—Yankee Stadium, which is in the Bronx. He was taken to Lincoln Medical Center, where he is recovering from injuries that are considered non-life threatening,

It was one of three incidents that day in the subway, including a a 55-year-old woman being pushed to the ground, leading to her phone being broken. A train conductor was also slashed in the face that night on a J train heading toward Queens, and he is recovering in the hospital in more critical condition.

Now, the Transport Workers Union Local 100 is calling for New York Gov. Andrew Cuomo (D) and out U.S. Transportation Secretary Pete Buttigieg to step in and provide more funding for police and other safety measures on the MTA, criticizing New York City mayor Bill de Blasio (D) for allegedly failing to do so.

““I’m angry as hell, and something needs to be done,” the train conductor’s aunt said in a video that the TWU tagged Secretary Buttigieg in on Twitter. “Do something! Please! We are begging you!”

The day after, Mayor de Blasio said in a press conference that he has no qualms about safety on the subway.

“The more people go back to the subway, the safer it will be, the stronger the recovery will be. As a real New Yorker who lives in the city and has taken the subway all my life, I wouldn’t hesitate at all to take the subway,” he said according to the Daily News.

A 52-year-old conductor was on a train in Cypress Hills around 11:20 pm. A man passing through attacked him with an orange box cutter without warning.
About five minutes earlier, a 28-year-old man was stabbed with an ice pick on a train in Upper Manhattan. https://t.co/ZSGnwEPWiD

The aunt of subway Conductor Gerard Sykes who was brutally slashed on the J train last night has a message for @NYCMayor — Do something! Put more police in the subway, Casandra Sykes pleads. @CentralLaborNYC @NYPDTransit @NYCPBA @NYSAFLCIO @SecretaryPete #EssentialWorkers pic.twitter.com/wSJwdolQwZ

The @TWULocal100 union is calling on the city to provide more mental health services after three people halted train service within a span of only four hours. https://t.co/939RdHwgyL