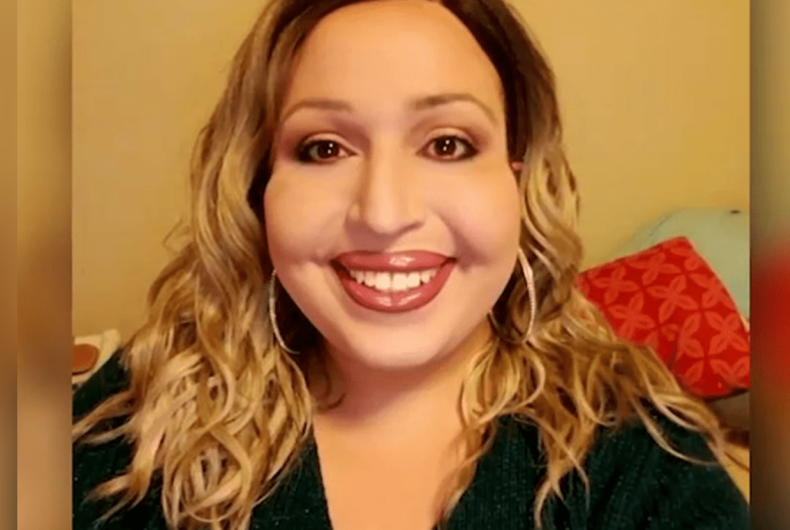 The ballroom community across the northeast is mourning after learning that Jahaira M. DeAlto, a 42-year-old transgender women and well known member of the House of Balenciaga, was stabbed to death alongside another woman in DeAlto’s home in Boston.

A murder suspect has been charged after reportedly calling in his crimes to 911 himself.

Related: Isaiah Brown’s sister opens up about the pain she’s enduring after police shoot him 10 times

DeAlto was reportedly killed in her home by 34-year-old Marcus Chavis. DeAlto took in Chavis, his 27-year-old wife Fatima Yasin, and their two children, who were apparently housing insecure.

“At about 12:26 PM, on Sunday, May 2, 2021, Officers assigned to District C-11 (Dorchester) responded to a call for a person stabbed at 26 Taft Street, Dorchester,” the Boston Police Department said in a statement.

CBS Boston reported that Chavis told authorities that he woke up to find his wife bleeding from stab wounds, and found himself holding the knife. Chavis’s children and responding officers then found DeAlto and a dog both suffering from stab wounds elsewhere in the home.

Yasin was apparently transported to the hospital, but DeAlto was pronounced dead at the scene. The stabbed dog survived their wounds, and the children were not injured.

Chavis “had been prescribed medication for a mental health diagnosis,” the Associated Press reported.

“He said he woke up and his wife was bleeding. Asked how that happened, he said he didn’t know, but he had the knife,” Suffolk County Assistant District Attorney Ian Polumbaum said during Chavis’ arraignment.

Chavis is being charged with two counts of murder, including a count of animal cruelty. Yesterday, Chavis was arraigned and held without bail. Boston Police report that their investigation is ongoing.

On Facebook, DeAlto described herself as “quixotic and incorrigible… sprinkled with good intentions, and possibly cheese.”

DeAlto graduated from Berkshire Community College in 2019, began studying at Simmons University, and spoke to audiences at the Ryan White Conference on HIV/AIDS, Harvard University, and Columbia University.

She is credited for helping to launch the first recognition of the Transgender Day of Remembrance and Berkshire Pride Festival in the Berkshires. She had worked as a sexual assault counselor and coordinator responding to calls to Safelink, Massachusetts’ statewide domestic violence number.

DeAltoa was known to participate in the category of realness at ballroom events in Boston. She had been participating in ballroom for nearly 25 years.

R.I.P Jahaira Balenciaga. A beautiful soul who was senselessly murdered in her own home. This is just another example of trans women not being protected enough. My thoughts are with her friends and family ❤️#TransLivesMatter pic.twitter.com/JLB6ieCpbL

Zoey Mugler, a ballroom performer in the House of Mugler, said of DeAlto, “she was very special to me. I’m still processing it. I still don’t understand why she was stabbed. She was so sweet.”

She described DeAlto as an “angel” that will be “missed.”

“The House of Balenciaga regretfully acknowledges the death/murder of our own Jahaira M. DeAlto, a community advocate and friend to many,” Harold Balenciaga wrote in a Facebook post. “Let us not forget her ongoing work against domestic abuse and continue to uplift her name and ensure her memory lives on in this ironic twist of fate.”

“Jahaira M. DeAlto was a beloved part of the Ballroom community, a community leader, and a tireless advocate for folks experiencing domestic abuse,” the Transgender Law Center said in a tweet. “We honor your life today, Jahaira, and we are devastated by your loss.”

DeAlto is believed to be the 21st trans or gender non-conforming person murdered or to face a violent death so far in 2021. The Human Rights Campaign has counted 18 so far, and since their most recently officially recognized victim Natalia Smut on April 28, the death of DeAlto and two other trans women have been reported.

Tiffany Thomas and Iris Santos were both murdered in Texas on April 21 and April 23, respectively. Police in Dallas and Thomas’s family has insisted that she is not trans, although she reportedly presented as female at the time her body was found, and acknowledging that she “also” was known as Tiffany in addition to her dead name.

Jahaira M. DeAlto was the one who loved those who didn’t understand how to love themselves! 😔😔

Posted by Robert Harold Dinkins on Monday, May 3, 2021

It is with profound sadness that we share and mourn the loss of Jahaira DeAlto. Jahaira was a loyal friend, a fierce…

Rest in power sister Jahaira DeAlto Balenciaga 💔 she was the kindest sister, mother, aunty, friend. A ballroom legend. And we want justice.

Another of of Ballroom’s kindest, sweetest, most kind and generous people…gone. Rest in power, Jahaira Balenciaga.

Jahaira M. DeAlto was a beloved part of the Ballroom community, a community leader, and a tireless advocate for folks experiencing domestic abuse. We honor your life today, Jahaira, and we are devastated by your loss. We send love to all who loved you.https://t.co/GGrP6q0G5l

Ghosting: Why LGBTQ people do it & how to deal with it