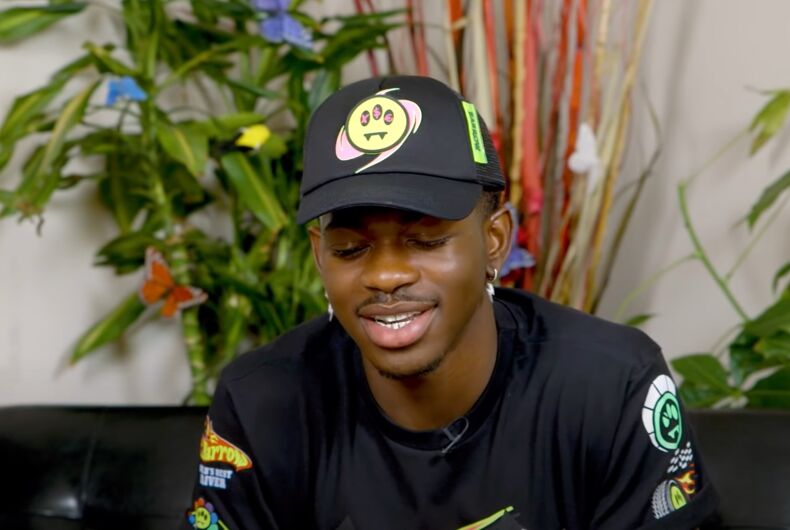 Lil Nas X appeared on the kids’ show Arts & Raps to draw a portrait with the two pint-sized hosts when he got an unexpected question.

What does it mean to come out of the closet?

Picking his words carefully for a younger audience, Nas responded, “It means you’re like, ‘Hey everybody, I’m this thing, and you guys didn’t even know that, but now you know.”

One of the co-hosts, not quite catching on, told his own “closet story.”

“My older cousin, he keeps pushing my brother into the closet,” he said. “And we close the door and blink the lights on and off, and then say ‘666’ or ‘Bloody Mary.’ And then he swore he saw something.”

When the other cohost asks him, “What does it mean to be unapologetically you?” Lil Nas has the best answer.

“It means just doing yourself at all costs, no matter who’s watching.”

Congressman André Carson champions LGBTQ rights. This is why.