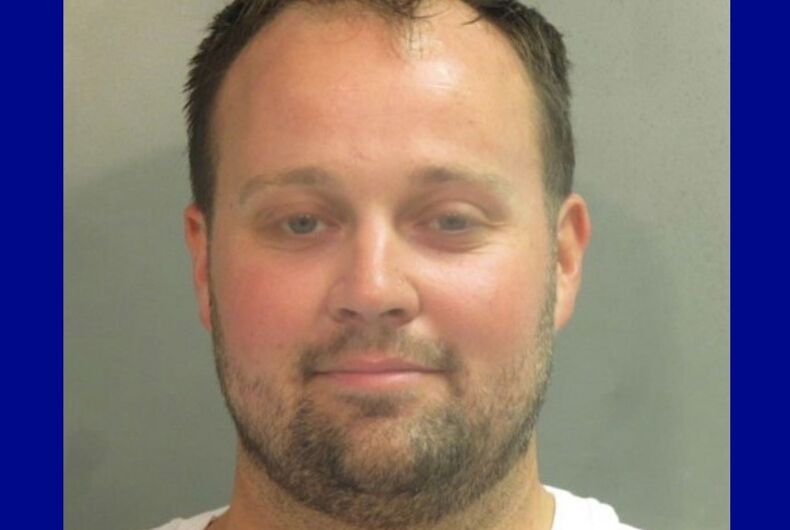 Update: Court documents show that he was charged with possessing and receiving child pornography.

U.S. Marshals said that Duggar, 33, was apprehended in Arkansas yesterday afternoon and is being held without bond.

The arrest report only says “hold for other department” and doesn’t describe why he was arrested or what charges he may face. He has a court appearance scheduled for later today.

Duggar rose to fame on the hit TLC reality show 19 Kids and Counting. He’s the oldest of Jim Bob and Michelle Duggar’s 19 children and now, at age 33, he already has six children of his own and his wife just announced on Instagram last week that she’s pregnant with the seventh.

He cashed in on his fame from the show and became the executive director of FRC Action, a PAC run by the SPLC designated hate group Family Research Council. He appeared at rallies to oppose marriage equality across the country and was a public face for the organization.

This didn’t stop Duggar from using his platform and fame to attack LGBTQ equality. In 2017, he attacked another underaged girl who had a reality show on TLC: Jazz Jennings.