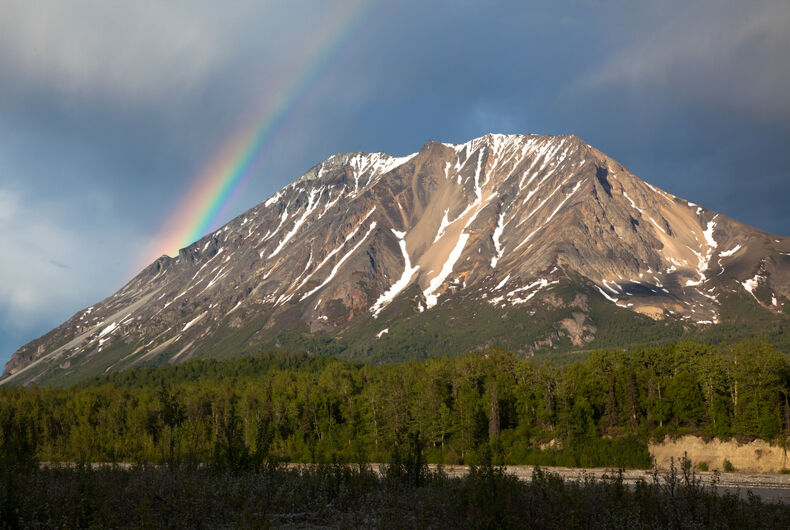 State employees administering Alaska’s Permanent Fund failed to give gay couples their benefits, over four years after the state’s ban on same-sex marriage was voided. The “oil wealth check” provides dividends that are distributed to most citizens of Alaska annually by constitutional order.

But after years of litigation brought by Alaska resident Denali Smith and three others, the state has agreed to treat marriages between same-sex couples equally, years after the Supreme Court ruled in favor of marriage equality and said that all marriages must be treated equally.

Officials with the Permanent Fund Dividend Division didn’t pay the same dividends to same-sex married couples citing a federal law until 2019, when the lawsuit was filed. Now the state has pledged to update their regulations and no longer enforce the former law that banned marriage equality, the Associated Press reports.

The annual payment known as the “oil wealth check” is a payout of Alaska’s Permanent Fund Dividend (PFD), which comes out to about one three- or four-figure payment each year. The money is derived from investment accounts started from seed money earned from oil earnings in the 1970s, and eligible members have received a check annually since 1982. Each year’s amount is different as set by state lawmakers.

Most citizens living in Alaska and intent on remaining there longer than a year are eligible to the check. In 2020, the check came out to approximately $992 per person.

Smith and the other plaintiffs were among legally-married Alaskans with military benefits that were eligible for the check, but since 2014, did not receive it. A permanent court injunction on Alaska’s same-sex marriage ban was issued in 2014, nullifying the rule that dictated same-sex couples could not receive the dividend. Prior to that , the state defined marriage as “a civil contract entered into by one man and one woman.”

Despite the nullification of the state law and marriage equality being recognized nationwide from 2015, records show that the employees who were responsible for administering the check had “a clear misunderstanding or outright disregard” of the change in law, and “reluctance to reach out to the attorney general’s office for guidance.”

An official in the department informed employees in 2017 that the state was supposed to recognize people in same-sex marriages as eligible if they meet the criteria for the check. Yet people still did not receive the benefit.

“Unfortunately the state of Alaska doesn’t recognize same sex marriage yet,” one employee erroneously stated in a July 2019 email.

“It seems like none of them all the way up to the director understood that this was a permanent injunction, meaning if you enforce the law after this date, you’re in violation of a court order and you’re violating people’s rights,” the plaintiffs’ attorney Caitlin Shortell said.

The state acknowledges that at least 40 people were erroneously denied the benefit, even after they inquired. Shortell is sure that based on their previous errors, there are likely more than the number the Dividend Division reported.

“We are pleased to have come to an agreement that the state of Alaska will follow the orders of the federal court and U.S. Supreme Court that same sex-couples are entitled to have their marriages recognized and to receive all of the benefits attendant on marriage, including the PFD,” she stated to Anchorage Daily News.

“It is disturbing that it took five years and a federal lawsuit to force the state to follow the law and stop its discriminatory policy,” Shortell added.