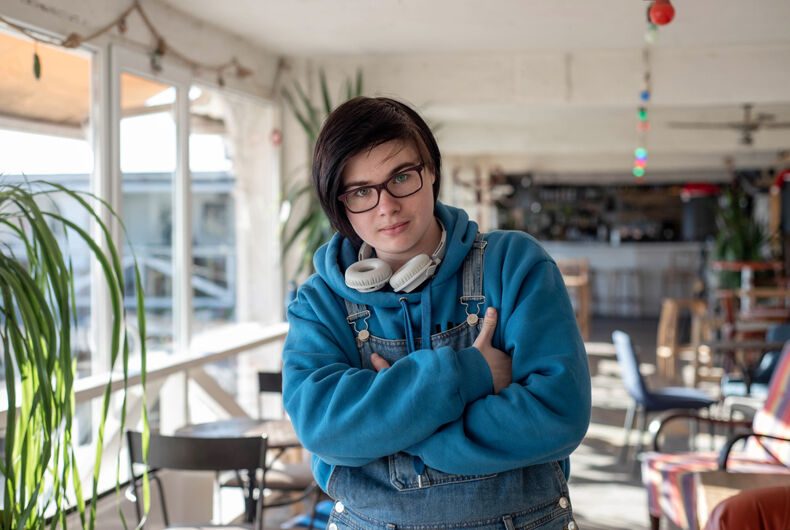 The Arizona state senate passed S.B. 1456, and the House voted in favor of the bill that will require parental permission for students to be allowed to engage in discussions in the classroom on topics on LGBTQ people or HIV (yes, conservatives still connect us intricately with infection). The bill now goes to Governor Doug Ducey who is a Republican for his signature.

As opposed to five other states that have parental permission “opt out” requirements, the Arizona bill involves “opt in” policies, which is seen as a stricter and more severe constraint. The bill is applicable to any courses of instruction from sex education to history and civics and literature.

The Arizona state legislature lodged no concerns over students learning in history classes about white men engaging in horrific wars or Friday night football contests where young male gladiators bash one another into brain-damaging frenzies. Rather, it attempts to further marginalize and penalize (to use a football metaphor) people who express love and relationships differently from those in positions of power.

I find it paradoxical that in our society, love of difference makes one the same, while the love of sameness makes one different.

My grandfather, Simon, was born in 1894 in what today is Krosno, Poland. Simon and his large family, which included 13 siblings, were all born and raised in Poland and most died there as well (many killed under the Nazi occupation). While they were born and lived in Poland, they were never considered by Christian Poles as being Poles.

Stated another way, while they resided in Poland, they were never considered of Poland.

When my grandfather came to the United States in 1913, he never identified as a “Polish American” since he never was accepted as Polish in Poland. He identified rather as “Jewish American,” two descriptors of which he was very proud.

Within many (if not most) countries, some groups of people matter more than others within a hierarchal system that accords those toward the top higher citizenship status and more benefits and privileges. The further down groups of people are placed upon this hierarchy, the less status they have, the less ability they have to define themselves, and the less power they have over their lives as they feel the brutal sting of oppression.

I cannot help thinking about something Frederick Douglass, who escaped enslavement and worked for the cause of liberation, once said when he described the dehumanizing effects of slavery not only on those enslaved but also on white slavers whose position to slavery corrupted their humanity.

While the social conditions of Douglass’s time were very different from today, nonetheless, I believe Douglass’s words hold meaning by analogy.

“No man can put a chain about the ankle of another man without at last finding the other end fastened about his own neck.”

Though it cannot be denied that oppression serves the interests of dominant group members, eventually it will backfire, and the chain will take hold of them.

Therefore, I have come to understand that within the numerous forms of oppression, members of targeted groups are oppressed, while on many levels, members of the dominant groups are hurt. Although the effects of oppression differ qualitatively for specific targeted and agent groups, in the end, everyone loses.

This is true as well within the social oppressions called “heterosexism” and “cissexism.” Both are pervasive throughout society, and each of us, irrespective of sexual or gender identity and expression, stands at risk of their harmful effects.

First, heterosexist and cissexist conditioning compromise the integrity of people by pressuring them to treat others badly, which are actions contrary to their basic humanity. It inhibits one’s ability to form close, intimate relationships with members of one’s own sex, generally restricts communication with a significant portion of the population, and, more specifically, limits family relationships.

They lock all people into rigid gender-based roles, which inhibit creativity and self-expression. It often is used to stigmatize, silence, and, on occasion, target people who are perceived by others as LGBT but who define themselves as heterosexual and/or cisgender.

In addition, heterosexism and cissexism are some of the causes of premature sexual involvement, which increases the chances of teen pregnancy and the spread of sexually transmitted diseases. Young people, of all sexual and gender identities, are often pressured to become heterosexually active to prove to themselves and others that they are “normal.”

Societal heterosexism and cissexism prevent some LGBTQ people from developing an authentic self-identity and adds to the pressure to marry someone of another sex, which in turn places undue stress and oftentimes trauma on themselves as well as their spouses and children.

It results in the elimination of discussions of the lives and sexuality of LGBTQ people as part of school-based sexuality education programs, keeping vital information from all students.

Such a lack of information can kill people in the age of HIV/AIDS. And heterosexism and cissexism (along with racism, sexism, classism, sexphobia) inhibit a unified and effective governmental and societal response to the HIV/AIDS pandemic.

It also prevents heterosexuals and cisgender people from accepting the benefits and gifts offered by LGBTQ people to all facets of society.

Ultimately, it inhibits appreciation of other types of diversity, making it unsafe for everyone because each person has unique traits not considered mainstream. Therefore, we are all diminished when any one of us is demeaned.

The meaning is quite clear: When any group of people is targeted for oppression, it is ultimately everyone’s concern. We all, therefore, have a self-interest in actively working to dismantle all the many forms of oppression, including heterosexism and cissexism.

I believe we are all born into an environment polluted by oppression) that falls upon us like acid rain. For some people, their spirits are tarnished to the core while others are only marred on the surface, but no one is completely protected.

Therefore, we all have a responsibility to join together as allies to construct protective shelters from the corrosive effects of prejudice and discrimination while working to clean up the environment in which we live. Once we take sufficient steps to reduce this pollution, we will all breathe a lot easier.

One way to do that is to contact the Arizona Governor and state legislature to turn back its abusive bill targeting LGBTQ topics in the classroom.

Is a killer targeting trans women in North Carolina?