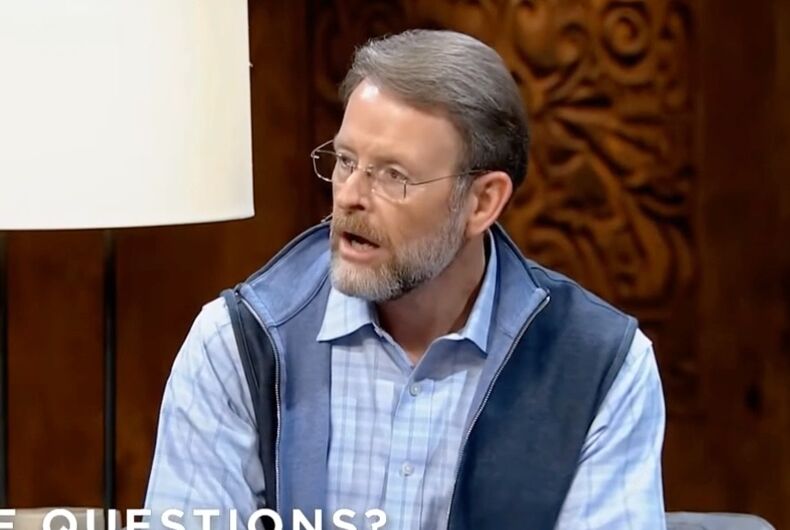 Evangelical leader Tony Perkins, the head of the anti-LGBTQ hate group Family Research Council, is not known for being honest and forthright. He twists facts and uses inflammatory rhetoric to manipulate his followers, but nonsense hit a new low this week.

On three separate occasions this week, Perkins has decried “cancel culture” while condemning “woke” companies and urging conservatives to boycott them. At the same time.

Related: Biden policies are “literally from the pit of hell” according to hate group leader Tony Perkins

Corporations have been speaking out against voter suppression and anti-trans legislation popping up all over the nation as Republican priority issues. While coronavirus continues to ravage the nation and Americans face financial worries, the GOP wants to take away citizens’ right to vote, play sports, and get quality private health care.

Coca-Cola has publicly condemned Georgia’s new laws meant to make it more difficult for people of color to vote. Major League Baseball yanked the All-Star Game from Atlanta and moved it to Denver in response to the law.

Candy makers Nestle and Mars both came out against proposed legislation in Arkansas that targeted transgender youth. The bill was so extreme Republican Governor Asa Hutchinson refused to sign it, calling it a drastic overreach and a dangerous precedent. The legislature overrode his veto.

Perkins condemns the corporations, saying the companies want “to crush fair competition, protections for children, and even religious freedom.”

Is it any wonder then that evangelicals and Trump supporters want to cancel them?

“Conservatives, who were already well past their boiling point on cancel culture, were ferocious in their calls to boycott companies like Coca-Cola, Delta, Home Depot, Patagonia, and so many others who — like Joe Biden — had to resort to outright fiction to justify their phony outrage,” Perkins sagely notes in one article without realizing the ridiculousness of what he just said.

Perkins says the companies who dare to oppose conservatives are “willing to torch their profits” with one breath while whining that corporations are being forced to take positions on social issues by activists who threaten boycotts.

“Republicans aren’t going to shy away from hitting businesses, regardless of their shared economic agendas,” Perkins says in another piece.

In other words, evangelicals are willing to cancel them if they don’t comply with their demands.