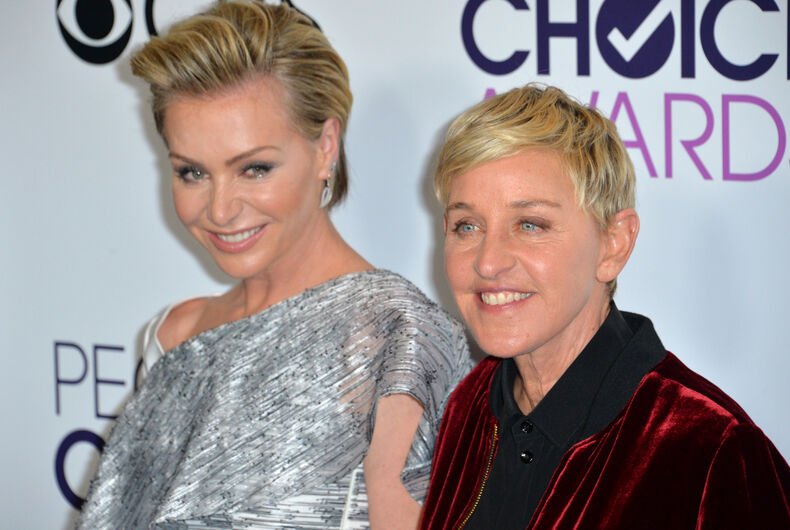 Ellen DeGeneres says that she drove her wife Portia de Rossi to the hospital while she was stoned and had taken “sleep pills.”

“It’s probably not safe, I shouldn’t be saying any of this,” she admitted on Jimmy Kimmel Live this past Wednesday. Ellen was on Kimmel’s show on 4/20, a day associated with cannabis usage.

She talked about how she drank three cans of a “weed drink” called Cann. The amount of THC varies in the different drinks Cann sells from 2 mg in drinks combined with 4 mg of CBD to 5 mg if there’s only THC in the drink.

“And then I took two melatonin sleep pills.”

She went to bed and realized that Portia was on the floor moaning in pain.

“You’re not OK,” Ellen told her, and she tried to deny the pain. “No, unless you’re playing twister by yourself, you’re not OK.”

That’s when Ellen – one of the wealthiest people in show business – decided to drive Portia to the emergency room instead of calling a taxi or an ambulance.

“You drove her yourself?” Kimmel asked in disbelief.

“I did,” she said. “I kicked in, like my adrenaline was like… because I just had to rush her there.”

“At least you were headed to the emergency room,” Kimmel joked.

Portia had appendicitis and had to be operated on. Ellen said that she’s doing fine now.