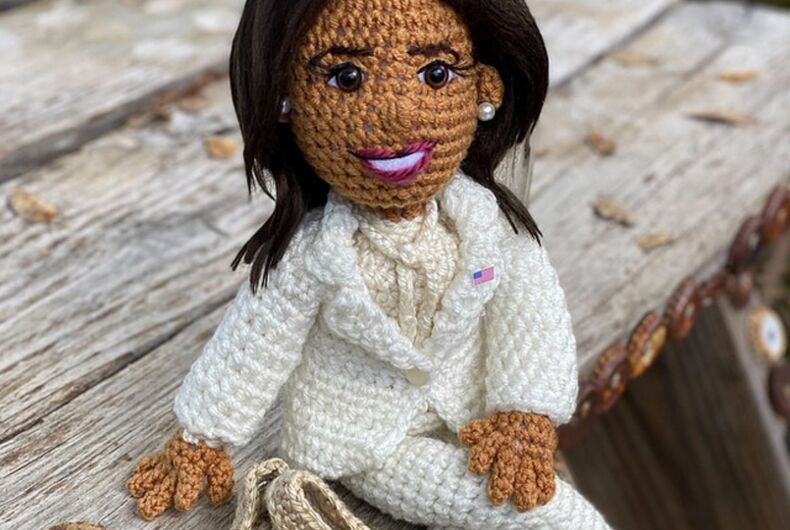 The hobby frequently associated with the elderly has made a comeback under the coronavirus lockdowns, but Harris is an old friend of the knitting-adjacent craft. She’s been doing it since she was a kid.

“I was raised by a mother who said ‘I am not going to let you sit in front of that television doing nothing.’ And so I have crocheted more afghans than I can tell you,” Harris said while visiting a woman-owned yarn store in Virginia. “And our daughter is a knitter.”

The news that Harris belonged in the crafting community swept the web like wildfire.

“I didn’t know that she crocheted,” fibre space shop owner Danielle Romanetti told the Washington Post. “When she showed up and said that, that was a surprise to us and most of the knitting and crochet community was excited to find that out. News spread around very quickly.”

The vice president was already an inspirational figure for women nationwide and some of her praise already came from enthusiasts. Neighborhood Fiber Co., a Baltimore-based woman-owned company, created a stunning hand-dyed yarn in her honor. Harris bought a skein of the yarn for her daughter from the shop owner.

Allison Hoffman, who writes books about and creates patterns for crocheted amigurumi dolls, was inspired by the election to also use yarn to celebrate. Hoffman created a doll based on the vice president and now sells the pattern online.

“I was watching her speech where she was wearing the white pantsuit. It was such a moment,” she said. “Knowing that the vice president is a crocheter gives me street cred. Now I can say that I am doing what Kamala Harris does.”