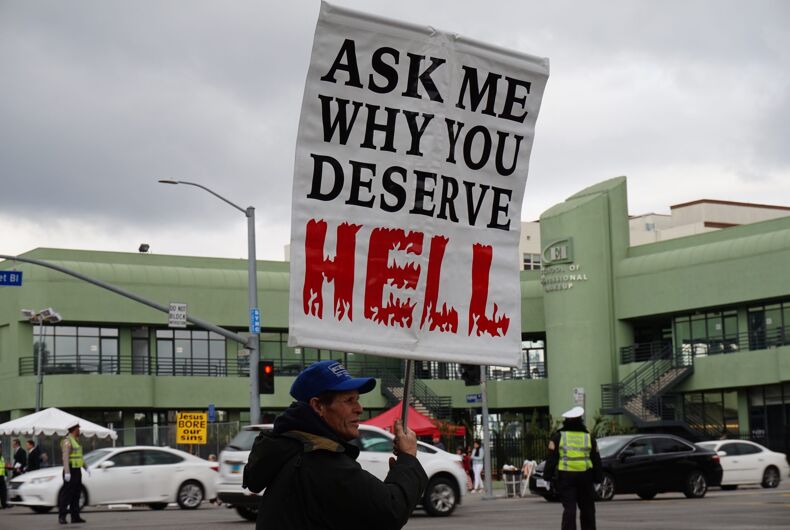 But what kind of political points could the political right hope to win by targeting trans people? What is their strategy? And why does the far-right continue to be vehemently anti-LGBTQ?

Responding to the record-breaking anti-trans legislation this year, Human Rights Campaign President Alphonso David said, “These bills are not addressing any real problem, and they’re not being requested by constituents. Rather, this effort is being driven by national far-right organizations attempting to score political points by sowing fear and hate.”

While there are several possible explanations, political scientist Matthew Moen argues in The Transformation of the Christian Right that the primary reason is that the far-right “didn’t have any more agenda items on their plate.”

Before the 1994 elections, in which Republicans gained control of both houses of Congress, they had been losing ground on issues like abortion, school prayer, and tuition tax credits for private schools, and, most importantly, the far-right had lost what Loretta Ross of the Center for Democratic Renewal calls their “ideological glue”: world Communism since the 1990s.

Therefore, they needed a new “enemy” to unite around and scapegoat, and LGBTQ people have become common welcomed targets. We have seen this played out continually.

For example, in 1994, while testifying before a committee of the Senate, George Mason University School of Law professor Joseph Broadus urged legislators to defeat a measure which would have protected LGBTQ people from job discrimination,  arguing that “it [would] result in special privileges for an elite group that has unjustly played the victim card to advance.”

Upon hearing this, Senator Paul Wellstone (D-MN), barely controlling his rage, responded, “As a Jew, I have a real problem with what you say. That is precisely the kind of argument that has been made on behalf of the worst kind of discrimination against Jewish people.”

The right in this country is similarly portraying LGBTQ people as a privileged, controlling class, making it the cornerstone of their vicious assault on the civil rights of LGBTQ people.

For example, back in the 1990s, Beverly LaHaye of the rightwing group Concerned Women for America argued that “[homosexuals] are aided in the implementation of their hidden agenda by powerful allies in government, education, entertainment, and the media,” while the 1990s film Gay Rights/Special Rights misrepresents gays as having inordinately high average incomes far in excess of the national average.

It is no coincidence that the right is using its “No Special Rights for LGBT People” campaign as a scapegoating tactic at a time of economic uncertainty.

Likewise, the great myth of Asians being seen in the public imagination as the so-called “model minority” with great achievement in accessing higher education and high earning power glosses over the oppression they have and continue to experience, as we have seen in the murder spree targeting Asian owned and run businesses in the Atlanta metropolitan district.

Gregg Orton, national director of the National Council of Asian Pacific Americans, says, “For people to assume we’re OK, that we don’t have any reason to complain, it is frustrating, but it also speaks to the work that needs to be done to really challenge this narrative that’s been built into our society for generations.”

In these times of declining social mobility, and as the gap between the rich and the poor ever widens, dominant groups attempt to divide the dispossessed by pointing out scapegoats to blame.

The Republican Party has used the banning of marriage for same-sex couples as a wedge issue to excite and draw supporters to the polls. In 1992, the party-approved platform was against any legal form of same-sex marriage, and beginning in 2004, President George W. Bush promoted the enactment of a constitutional amendment by asserting that such a measure would guarantee the sanctity of marriage between a man and a woman as “the most fundamental institution of civilization.”

As late as the 2016 Republican Presidential Platform, the Party officially remained opposed and condemned the Supreme Court’s 2015 nationwide legalization of marriage of same-sex couples.

That’s what they stand to gain.

Halsey changed their pronouns because it “feels most authentic to me”