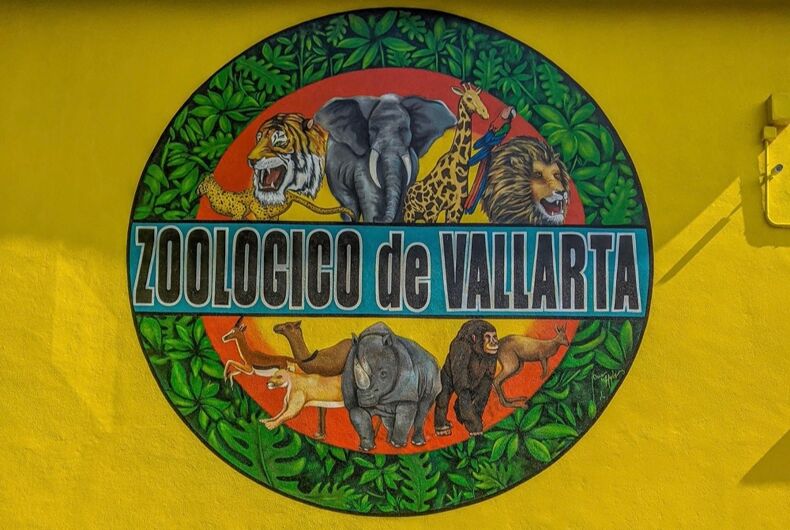 The sign outside of the Zoologico de VallartaPhoto: Michael Jensen

The ostrich stared down at us with baleful eyes. Her entire pen was barely wider than the length of her neck. And she was the only one of her kind — she didn’t even have the benefit of a fellow ostrich to keep her company.

On a recent outing, we stumbled upon Zoologico de Vallarta, the local zoo near where we’re currently living in Puerto Vallarta, and we decided to go inside.

But we quickly discovered it was very much an “old school” zoo, built entirely for the pleasure of the visitors, with no thought given to the comfort of the animals, and these sad creatures were very quickly breaking our hearts.

We’re digital nomads who permanently travel the world while working remotely, staying in different countries for months at a time. One of the things we love about our lifestyle is that we get to submerge ourselves much more deeply into local cultures than if we were tourists somewhere for only a week or two.

We get to meet and know local people. We understand more about the society we’re living in.

In Vietnam, for example, we loved learning how the traffic is much more “holistic,” with everyone working together to make the system function, than in America, where driving is more dog-eat-dog, every person looking out only for themselves.

But sometimes that cultural immersion can be uncomfortable. We recently wrote about one of those collisions — between the rights of LGBTQ people and a less tolerant country’s values.

This Mexican zoo was making us uncomfortable too.

Everywhere we go, we try to remember that we’re visitors to the countries where we live. As such, it’s incumbent on us to approach everything with an open mind and as little judgment as possible. Around the world, Americans have a sometimes-deserved reputation for arrogance, believing their values and attitudes are “right” and everyone who doesn’t agree is primitive and needs to be “enlightened.”

There are limits to our tolerance, of course: slavery, executions of LGBTQ people, egregious violations of basic human rights.

But most situations aren’t that black and white. Like this Mexican zoo.

We’re not fans of zoos in general, even in America, because we don’t think animals were meant to live in cages, even well-appointed ones. But we recognize their importance in saving some endangered species, and in educating people about the importance of wildlife and natural ecosystems.

But here in Mexico, we’ve been very keen on (safely) supporting local businesses, which have been devastated by the impact of COVID-19 on tourism. We knew this zoo provided a lot of local jobs, and when we happened to be walking by, we wanted to give it a boost.

Once inside, we were regretting our decision.

Most of the animals lived in small cages or concrete enclosures. Even worse, for an extra fee, the zoo offered the opportunity to “play” with baby tigers, and have your picture taken — something that is terribly cruel to the animals, which are often bred and then euthanized just to support this practice.

These sorts of zoos used to be common in the United States, Canada, and Europe, but have closed or been reformed as public sensibilities shifted.

Walking around the zoo and looking at the magnificent lions, tigers, and jaguars in their tiny, bare enclosures, we felt dismay and empathy for the animals. No creature should be condemned to such a miserable existence for the amusement of people.

Michael usually takes a lot of pictures, but it was difficult to take photos of these poor creatures.

Was this another example of a foreign cultural practice that we simply should not have tolerated?

Here are some facts we considered.

Mexico is a poor country, and forty percent of its citizens live in poverty — sometimes shocking, very extreme poverty. Naturally, it’s easier to spend your time worrying about the welfare of animals when you aren’t trying to earn enough pesos to feed your children that night.

We also come from America, the land of factory farming, where very few people seem to care that billions of animals live and die in conditions far worse than this zoo. America may have reformed its zoos, but it’s simultaneously decided that cheap burgers and omnipresent bacon are more important than the issue of animal cruelty.

This isn’t to say we don’t care about these animals. We strongly support Mexican activists working to improve how these animals are treated, just like we support activists all over the world who are trying to make this planet a better place.

We really do think these problems are best solved by the communities themselves. Snap judgments from wealthy Americans usually make things worse, not better, especially when those Americans are often hypocrites when it comes to applying their stated values to themselves.

At the same time, the two of us have our own opinions and values. For us, travel isn’t just about experiencing different cultures; it’s also been a meeting of minds where we share our opinions about the things we believe in, at least once some trust and respect have been established.

In the end, we’re not sure what the answer is to cultural clashes like this. We do know things often get very complicated very fast. But at the same time, we know that’s often an excuse to avoid or delay much-needed change.

So let’s talk together about American values, and foreign zoos, and cultural imperialism, and animal cruelty.

A lonely ostrich in Mexico depends on what we all decide.

Brent Hartinger is an author whose latest book, Project Pay Day, is available for preorder, and Michael Jensen is the former editor of AfterElton.com. Visit them at BrentAndMichaelAreGoingPlaces.com, or on Instagram or Twitter.