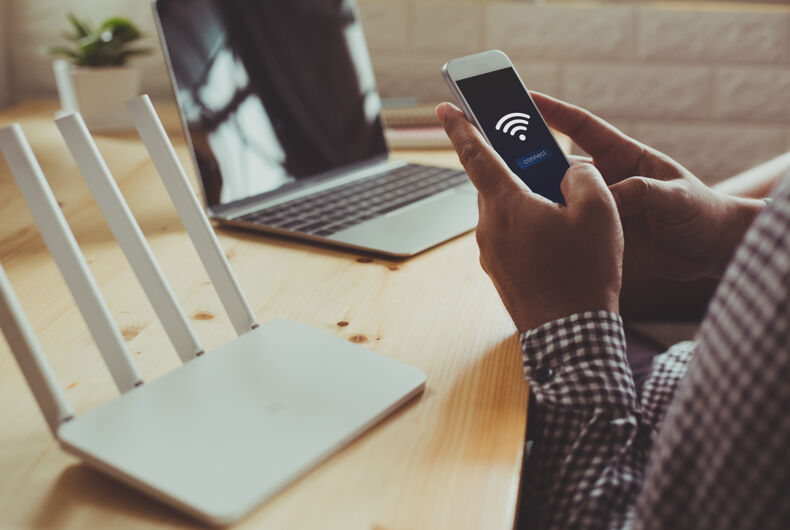 A public university in Michigan confirmed late last month that it has terminated an assistant professor in physics for “pattern of unprofessional and harassing behavior” that included tweets regularly using homohobic, racist, and anti-Semitic slurs like “f*g” and the n-word.

It all started when Prof. Thomas Brennan typed before the entire college faculty on a video web conference, declaring that coronavirus was not only a hoax, but part of “a leftist stunt to overthrow the United States government and destroy our [civil] liberties.”

His colleagues at Ferris State University were dismayed. Worse, by the time the information became public and was reported by the Ferris State Torch, the school newspaper, Brennan had returned to the classroom, and he was posting videos of his lectures to his social media, eventually uncovering his Twitter account to the public.

The Torch reported that Brennan had tweeted out bizarre remarks for years on the account, such as his belief that nuclear weapons don’t exist because “then Israel would have used one by now.”

Highlights from his account included his belief that Jewish people “must have a special app on their phones” because he “think[s] they all talk,” his declaration that Dr. Anthony Fauci was an “evil wizard,” and Neil DeGrasse Tyson, Bill Nye, and “Buss Aldrin” were “worthless n—-rs.”

One of his tweets referred to a person who “doesn’t even have a shadow of a beard” as a “fag.”

“The coronavirus is actually nanotechnology emitted by cell phones and computers – weaponized smell-o-vision,” Ferris, who ran the school’s Rawlinson Observatory as well, claimed at one point. “Corona virus [sic] is partly caused by cell phones, wifi, and not just 5G, but 4G and 3G. When 2G/3G started, I could feel it.”

“I do not consent to Zionist domination,” he typed in May 2020. The “COVID stunt has failed,” he declared in August.

Ferris State placed Brennan on administrative leave on November 19, a day after the Torch first reported his remarks in the meeting with fellow faculty members.

Brennan would acknowledge that the account was his, and subsequently claim in a November letter to the school community that “my defense is that I was acting out and speaking out of despair caused by personal crisis involving extremely painful migraines, emf [electromagnetic field] sensitivity and a series of repeated break-ins into my home.” He further said the “sensitivity” he felt to wireless internet and other exposures of electromagnetic fields have caused issues for him since at least 2005.

He did not express regret about most of his statements, though. He justified his use of the n-word as an attempt to “neutralize its power” because “I believe the ’n-word’ is a mind-control spell designed to make us hate each other. I am not racist against black people, I love and respect them.”

“The entire world has fallen under the spell of a satanic, globalist elite,” his letter concluded.

The school said in a statement announcing his administrative leave that he had already been “disciplined” for his remarks at the meeting.

A 2019 fitness for duty evaluation conducted by the school did not prevent Brennan from retaining his position for a year and a half, even after he told local police officers that he had to board up the windows in his home to prevent those that had “gang stalked” him for 15 years from getting into his home. ““A fresh breeze was a luxury I couldn’t afford,” he told officers.

“I’ve been officially fired from Ferris,” Brennan tweeted on February 27 from the same Twitter account, including PDFs of his presented defense to the school. The school said in its termination letter dated February 25 that his “pattern of unprofessional and harassing behavior” was bad for the school environment.