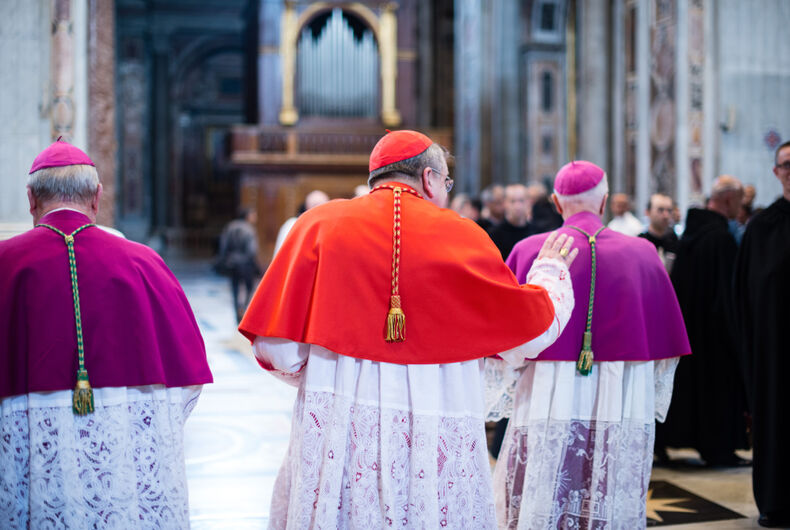 Cardinal Raymond Burke, the former Archbishop of St. Louis, is best known for his vicious opposition to LGBTQ rights.Photo: Shutterstock

U.S. Conference of Catholic Bishops quietly lobbied behind the scenes against the creation of the National Suicide Hotline in 2019 because it included specific support for LGBTQ people.

The group of church leaders also opposes the Violence Against Woman Act for the same reason.

“All persons must be protected from violence, but codifying the classifications ‘sexual orientation’ and ‘gender identity’ as contained in S. 47 is problematic,” the bishops admitted in a statement.

The men also refuse to consider providing broader public accommodations protections for women, people of color, and the disabled that would be included in the Equality Act because the bill would provide nondiscrimination protections for LGBTQ people. The bishops previously criticized the Employment Non-Discrimination Act (ENDA) because it doesn’t distinguish “between sexual inclination and sexual conduct” and does “not represent an authentic step forward in the pursuit of justice in the workplace.”

The bishops even oppose the Fairness for All Act, legislation promoted by Republicans that would provide some nondiscrimination protections but with larger religious exemptions. That version is supported by the Church of Latter-day Saints, the Orthodox Union, and several other religiously affiliated groups.

The Equality Act would be a “violation of precious rights to life and conscience,” they say. New York Cardinal Timothy Nolan described the bill as “ill-named” and said it would “chip away at religious freedom.” He is the chairman of the group’s religious liberty committee.

But the bishops are only strengthening public suspicions that they aren’t trying to protect religious beliefs as much as they seek a license for religious people to discriminate against LGBTQ people with impunity, declaring them above the law.