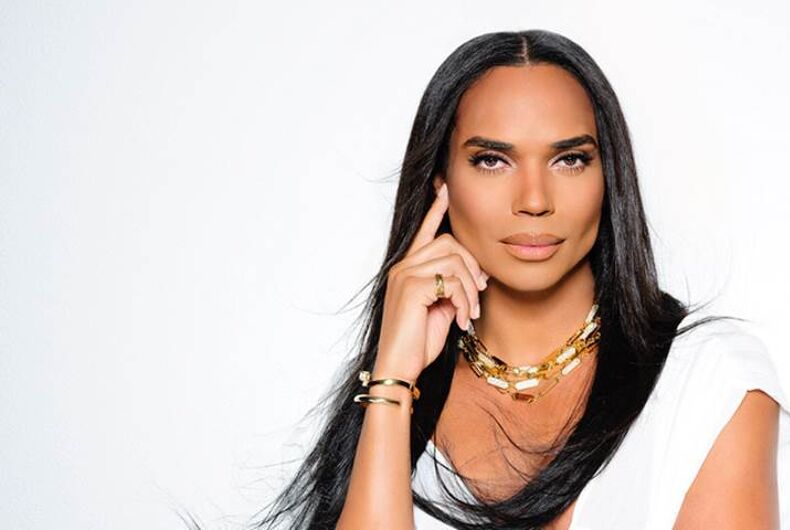 Black Entertainment Television (BET) announced the launch of the show Twenties The After Show, which will be the new follow-out program after each episode of the returning series Twenties. The new show will be hosted by “the Queen of Tea” B. Scott, making them the first trans non-binary host and producer in the network’s history — and marking their return to BET for the first time in eight years.

“I am proud to make history as the first trans non-binary person to host and executive produce a show at BET,” Scott, who also revealed they identify with “they” and “them” pronouns now, said in a statement.

Related: A Black gay journalist was told to stop “queening out” on camera. Now he’s speaking out.

Referring to past issues with the network, they continued, “I am in a place of forgiveness and I am honored to help turn the page on the past and be a part of the network’s move toward a more inclusive future for everyone. Thank you Scott Mills, Lena Waithe and Rishi Rajani for making this historic moment happen.”

Current President of BET Scott Mills said in a statement, “we aim to be a home for all Black people, and we have a duty to ensure everyone is able to see themselves fully reflected in quality content… we are thrilled for B. Scott’s captivating voice to be back home at BET.”

B. Scott previously filed a lawsuit against the ViacomCBS-owned network for blocking them from appearing on the BET Awards in 2013 because of their feminine appearance. While working as a correspondent on the red carpet to the 106 & Park Pre-Show to the awards ceremony, Scott was pulled from the air mid-show and allegedly asked to change their attire, despite their outfit being pre-approved.

Scott, who identified as trans and preferred he/him pronouns at the time, alleged that BET forced them to tone down their typically feminine look. The network later apologized, claiming it was “a series of unfortunate miscommunications” and that it regretted “any unintentional offense to B. Scott and anyone within the LGBT community.”

B. Scott called BET’s statement half-hearted and filed a lawsuit seeking $2.5 million in damages later that summer. Emails later obtained by TMZ sent from then-President of Programming for BET Stephen Hill during the award ceremony reportedly read, “I don’t want ‘looking like a woman’ B. Scott … I want tempered B. Scott.”

In 2015, the dispute was settled out of court, after a judge initially dismissed Scott’s complaint because BET was within their First Amendment rights in their treatment of Scott because they need to control their “creative process.” Hill left the network in 2017.

Now, Scott has left all of that behind to make their return to the channel. They will not only host, but also executive produce, Twenties The After Show.

I am proud to make history as the first trans non-binary person to host and executive produce a show at @BET. I am in a place of forgiveness and I am honored to help turn the page on the past and be a part of the network’s move toward a more inclusive future for everyone. https://t.co/isAVUHEUpH

B. Scott becomes the first trans non-binary person to host and executive produce a show at BET. #TwentiesOnBET pic.twitter.com/1kTfyilN7T

BET appears ready to leave issues such as that behind as well. After years of criticism, the network has made several efforts in the last few years to be more inclusive of LGBTQ entertainers and welcoming to Black LGBTQ audience members. Picking up the sitcom Twenties from Waithe, an out actress and screenwriter, was seen as a major milestone for that.

Now, the network has collaborated with media advocacy group GLAAD to bring an after-show to air that will feature “an esteemed roster of Black LGBTQ+ voices that haven’t always been given a platform to share their personal experiences.”

The first season of Twenties starred Gabrielle Graham, Sophina Brown, Christina Elmore, and out actress Jonica Gibbs. The show focuses on Gibbs’ queer character and her life with her two straight best friends, played by Graham and Elmore. After its eight-episode first season concluded in April 2020, the sitcom was renewed for another eight and is now additionally syndicated to sister network Showtime. Season 2 is set to begin filming this spring.

“B. Scott is so much more than a personality,” Waithe said in a statement. “They’re a lifeline for those that feel invisible, they brought me joy when I was a struggling writer trying to find my way in LA, in a word — they’re legendary.

“I’ve always known there should be a space for B. Scott on BET, and now the time has come for us to make that space.”

Besides their BET work, B. Scott is known for their celebrity-focused website lovebscott.com, and is praised as “the first trans non-binary person to have a prominent Black media site.”

In a guest-post to GLAAD’s blog, B. Scott wrote a letter that’s “not a coming out.”

“I’ve never really been into using labels to describe myself, because I already know who I am,” they write. “But as the world around me has grown and expanded its vocabulary, I understand how important it can be to use labels as a means of seeing ourselves, expanding our worlds, and finding community.

“Because of that… I feel compelled to say this: I am a trans non-binary person and I use them/they pronouns. My gender identity, who I am on the inside, doesn’t fit the binary labels of ‘man’ or ‘woman’.”

They end, “I’m still the B. Scott you’ve always known me to be. I’m just clarifying a bit more about me, in my own words, because being able to name ourselves and be understood by others is important.”

Thank you so much @glaad, @NickGAdams and @anderfinn for helping me throughout this entire process. I truly appreciate your support! 🙏🏽💕 https://t.co/YMCxtdXhTZ

BET is excited to announce the greenlight of Twenties The After Show, hosted by the amazing @BScott, for season two of the critically acclaimed hit-series Twenties from the creator, writer, and Executive Producer Lena Waithe and Hillman Grad Productions. #TwentiesOnBET pic.twitter.com/0eDbkQbJPN

B. Scott is making history and bringing non-binary representation to screens everywhere as one of @BET's newest hosts and executive producers. Congrats on this exciting opportunity, @lovebscott! https://t.co/sEj1c0q9hG