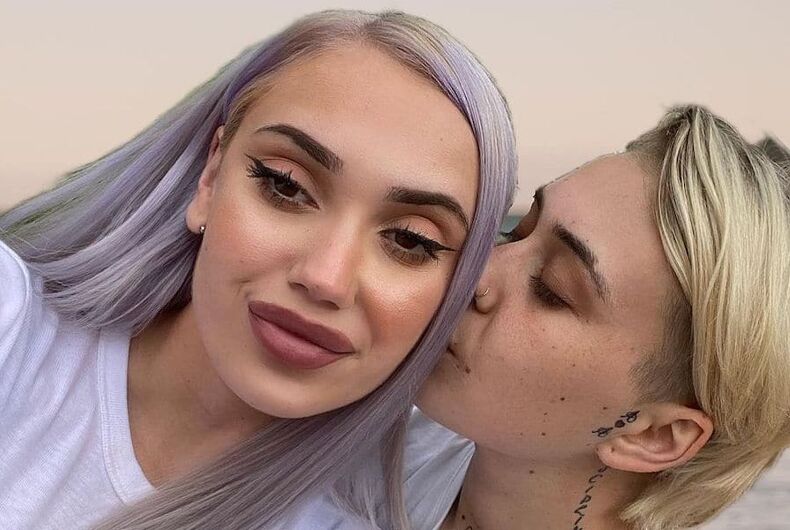 An Australian lesbian couple is behind bars after a nightlong crime spree.

The two young women used an ax, a knife, and a hammer to rob multiple gas stations before being apprehended.

Eleanor Ashford and Sarah Canceri first hit two stores in the same town within half an hour of each other, brandishing the ax and knife while stealing money and cigarettes. They left the scene in a car both times.

But their luck ran out after attempting to hold up a third convenience store with a hammer an hour later. They fled on foot with some money but were apprehended thanks to a police dog unit.

When officers searched the vehicle used in the robberies, they found… stolen license plates, an ax, a knife, money, and cigarettes.

No one was injured in the robberies or the arrests.

Lil Nas X’s proud dad is a gospel singer. A rightwinger on Twitter found out the hard way.

John Waters lands a role in The Marvelous Mrs. Maisel