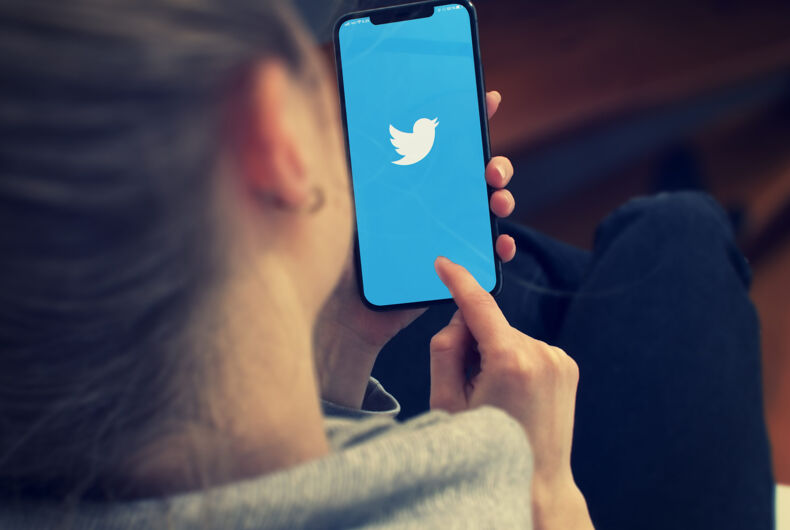 A California court has ruled that social media site Twitter was within its rights to ban a writer from its platform for anti-transgender remarks.

Meghan Murphy, a Canadian journalist and creator of the website Feminist Current, was banned in November 2018 after making tweets that misgendered trans activist Jessica Yaniv. She filed a lawsuit against the social network in San Francisco that was dismissed in 2019, and in January the decision was upheld by appellate courts.

Related: Trump Jr whines about his dad’s ban from Twitter: He hasn’t been “killing homosexuals!”

In the 42-page opinion filed on January 22 in the First Appellate District Court of California, a three-judge panel upheld the previous court’s dismissal and found that the ban was legal because Twitter “expressly reserved the right to remove content, including content they determine is harassing or intolerable, and suspend or terminate accounts ‘for any or no reason’ in its terms of service,” wrote Associate Justice Sandra L. Margulies.

Since the site never made promises to guarantee Murphy access or the right to post content, the judges ruled against Murphy, who was seeking claims for “breach of contract, promissory estoppel, and violation of the unfair competition law.”

Murphy’s issue with the ban amounted to “attacks on Twitter’s interpretation and enforcement of its own general policies rather than a breach of a specific promise,” the opinion determined.

“In addition, Murphy has failed to state a cognizable cause of action under California law, and has failed to demonstrate how she could amend her complaint to allege a viable claim for relief,” the ruling summarized.

Twitter successfully argued it was protected from liability under Section 230 of the 1996 Communications Decency Act, which states “no provider or user of an interactive computer service shall be treated as the publisher or speaker of any information provided by another information content provider.” Since Twitter is an “interactive computer service” and does not operate as a publisher or with “traditional editorial functions,” it has the right to moderate and reject content.

Former President Donald Trump previously expressed that he sought to have this policy section repealed, and vetoed the federal defense budget in December in part because of Section 230. His veto was later overruled.

Murphy is a self-proclaimed socialist feminist that has consistently written on gender identity, critiques of trans activism, and against the inclusion of trans women in feminism. According to the ruling, her former Twitter account was found to violate the policy on numerous occasions.

She previously was required by the site to delete tweets wrote in October of that year that read, “men aren’t women” and “How are [trans] women not men? What is the difference between a man and a [trans] woman?”

Later, Murphy tweeted that Twitter’s decision that her words violated their “hateful conduct” policy to be “fucking bullshit.”

“I’m not allowed to say that men aren’t women or ask questions about the notion of transgenderism at all anymore?” she said.

The final straw for the social media site was Murphy’s attacks on Yaniv, who had filed lawsuits in Canada against estheticians and beauticians who had refused to provide waxing services to her. Murphy called Yaniv “the man” several times in a series of tweets, claiming Yaniv was “trying to extort money” while tagging her Twitter account and sharing her deadname.