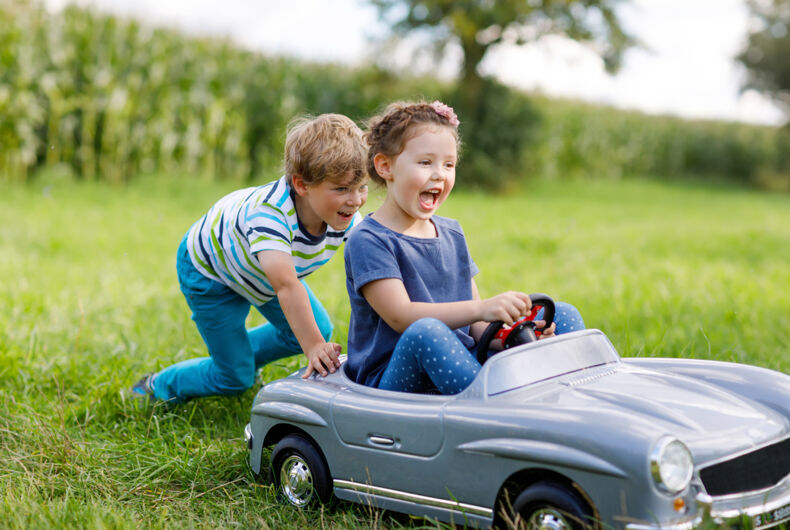 One Million Moms, the evangelical astroturf group funded by the American Family Association, a certified anti-LGBTQ hate group, has a new target for their regularly scheduled outrage.

A cute General Motors commercial starring Will Ferrell has gone viral. Ferrell bemoans the fact that Norway has a higher percentage of electric vehicles on the road than the United States and gathers other celebrities to help him go fix the situation.

The University in Norway responded to the commercial, spreading it even farther across social media.

But the perpetually perturbed Monica Cole, the woman in charge of the project who masquerades as a million women, is incensed that Ferrell dared to say “the d-word.” And not just once! He said it twice!

“The ‘EV’ GM advertisement, which first aired during the Super Bowl, is extremely offensive,” Cole writes in a breathless email blast to supporters. “GM is irresponsible to air such a commercial, especially when families are likely to be watching.”

“It is extremely destructive and damaging to impressionable children viewing the commercial. Everyone knows children repeat what they hear.”

Last week, the group was fundraising off of their opposition to a line of dolls because they didn’t like the story that came in a comic book with the doll.

“American Girl is attempting to desensitize our youth by featuring a storyline with two lesbian aunts,” she wrote then. “As Christians, we know that even though something is legalized doesn’t make it moral or right. Why can’t the toy manufacturer let kids be kids instead of glamorizing a sinful lifestyle?”

The American Family Association and One Million Moms are known for decrying “cancel culture” while launching continuous nonstop “boycotts” of various companies that offend their delicate sensibilities.