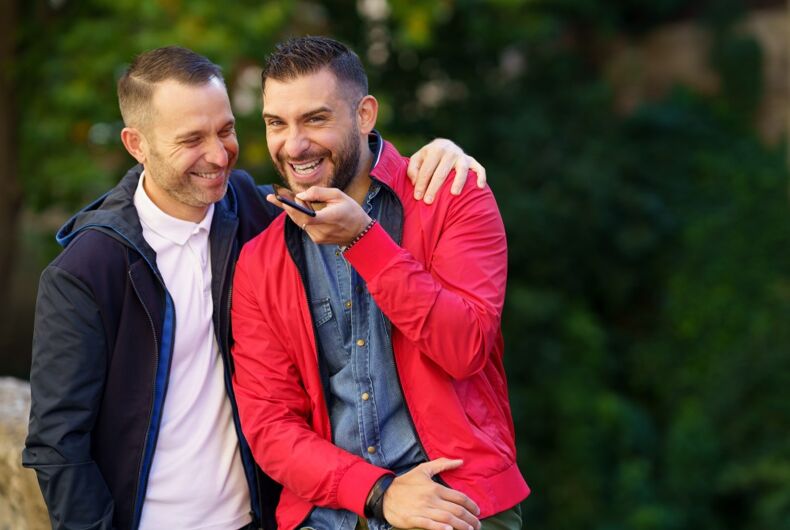 “Sounding gay reflects common stereotypes associated with gay men that are still seen as ‘negative,'” said Fabio Fasoli of the University of Surrey, the lead author behind the study. “For a man, sounding gay implies not conforming to the norm of sounding masculine and heterosexual.”

Related: What makes some men sound gay but not others?

They found that straight people who believed that they can tell who is gay or straight based on their voices were more likely to have discriminatory attitudes towards gay people, especially towards gay men.

Surprisingly, straight people who thought that “gay voice” is immutable – that is, that it’s a deep difference between gay and straight people that can’t be changed – were more likely to have discriminatory attitudes towards gay people.

The researchers also found that gay men and lesbians who believe that they sound gay were more vigilant about how they present themselves and others perceive them and reported more stress around that vigilance.

But, the researchers suggested, gay men might be more likely to link their gender presentation with their sexual orientation when asked about it. A lesbian might talk about her gender expression in terms of gender, while a gay man might be more likely to talk about his gender expression as an extension of his sexual orientation. That is, a gay man who believes he doesn’t sound like straight men might say that he “sounds gay,” but a lesbian woman who thinks she doesn’t sound like a straight woman may say that she “sounds butch.”

Fasoli said that this might be a subtle form of discrimination since straight people are judging gay people by the sounds of their voices even if a gay person has never said that they’re gay.

“I am aiming to continue studying people’s experiences and ways of coping with stigma due to the ‘gay voice’ stereotypes,” said Fasoli. “This will provide us with important knowledge to be used in interventions, policies, and equality training.”

The Obamas will produce an upcoming film about Bayard Rustin