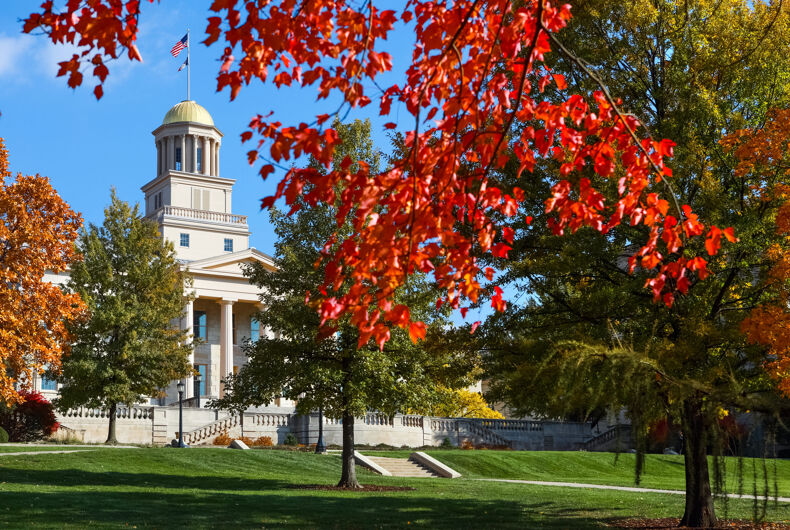 A proposed bill before the Iowa legislature would ban anti-bias training and any kind of institutional guidance that can be considered a “divisive concept” from schools, public colleges and other state-funded institutions. It also protects “unwelcome, disagreeable, or even offensive” speech.

State Senate Bill 1205 was proposed by state Senator Amy Sinclair (R), chair of the Education Subcommittee that the bill passed through this week. It now goes before the Republican-controlled Senate.

Sinclair’s bill seeks to carbon copy a Trump-era executive order that similarly sought to ban any form of anti-bias training or implementation of “critical race theory” in the federal government. A federal court blocked the order and the Biden administration has since rescinded it.

The bill claims that anything that suggests a person has a racist or sexist background or that the state of Iowa is racist or sexist history is a “divisive concept.” It also claims anti-bias training is  “stereotyping” or “scapegoating” of people based on their race or sex.

If adopted, Sinclair’s bill would also protect “diversity of thoughts, ideas, and opinions” at higher education institutions and indemnify any outdoor area of an institution as a “public forum” where any “invited speaker” is allowed to speak. Rescinding such an invitation can be interpreted as a violation of this bill.

The Gazette reports that the proposal is one of several inspired by events that took place at three of Iowa’s colleges recently where offensive speech or actions by conservatives were condemned.

At Iowa State University in August, an English professor asked that students in her class do not “choose any topic that takes at its base that one side doesn’t deserve the same basic human rights as you do,” her syllabus read. She specifically asked for “no arguments against gay marriage, abortion, Black Lives Matter, etc,” which caused conservative outrage.

That led to the school taking “corrective action” and directing her to revise the syllabus.

Afterward, the Iowa Board of Regents created a “group charged with evaluating the board’s free speech policy” which has recommended that the board “require faculty and instructors review the free speech syllabus statement at the beginning of each course” and “reaffirm university resources won’t be used for partisan activities.”