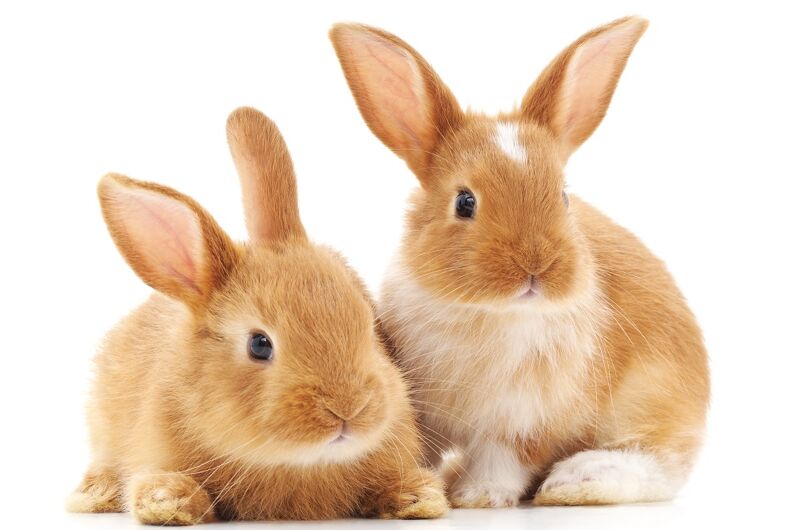 A woman in the U.K. is getting national attention after she called a morning television show to talk about her possibly lesbian rabbit.

This Morning has a segment with veterinarian Dr. Scott Miller where viewers can call in with questions about their pets. “Yvette from Essex” called in with a bizarre question: she wanted to know if her pet rabbit is a lesbian.

Yvette said that the situation is “a little awkward.” She has two female rabbits from the same litter that are around 21-weeks-old and she’s worried that one of them is making advances on the other.

“Now at 21 weeks the little brown one, which is called Hovis, is mounting Willow, the white one, continually and chasing her around the run,” Yvette explained, according to Metro.

She said that she did some online research about lesbian rabbits and all she found was someone who said to tell them to stop in a “stern voice.”

“Is my rabbit a lesbian?” she asked.

“A lot of animals can be gay, about 1,500 species of animals are known to show homosexual behavior so it’s all very, very natural,” he said. “Love is love.”

But he said that mounting behavior is often a sign of aggression and it’s more likely a result of territorial disputes.

He said that they’ll probably knock it off when they get spayed: “Certainly I do believe that by neutering them you take away that hormonal need to protect their environment but that is very much a territorial thing and I do believe that once those hormones dissipate those sisters will start behaving and being nice to each other.”