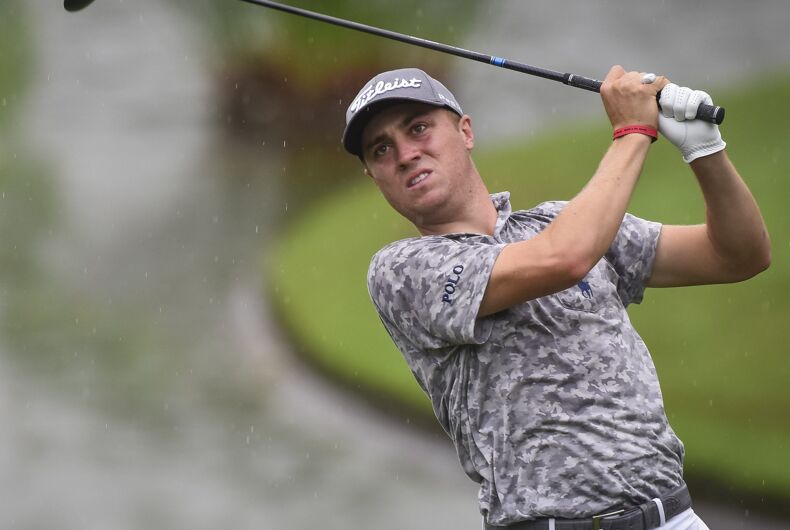 A professional golfer has issued an apology after he was caught using an anti-gay slur when he missed a putt.

Justin Thomas, 27, is currently holds number three in the official world golf rankings and was competing in the third round of the Sentry Tournament of Champions this weekend in Hawaii when he made the comments on a live mic.

Related: Sports announcer yanked off air after he was caught on a hot mic using an anti-gay slur

Thomas, the defending tournament champion, missed a putt and then said “faggot,” which was broadcast on live television.

Big fan, not a great look.

Are we gonna apologize for the language here @JustinThomas34 @PGATOUR ? pic.twitter.com/QvIYdOv7F9

“I’m an adult, I’m a grown man, there’s absolutely no reason for me to say anything like that. It’s terrible. I’m extremely embarrassed. It’s not who I am. It’s not the kind of person that I am.”

“Unfortunately I did it and I have to own up to it. And I’m very apologetic.”

He explained that he only found out that he had said the slur when he was done with his round. “It’s bad,” he said.

“I need to do better. I need to be better. It’s definitely a learning experience. I deeply apologize to anyone and everybody who I offended and I’ll be better because of it.”