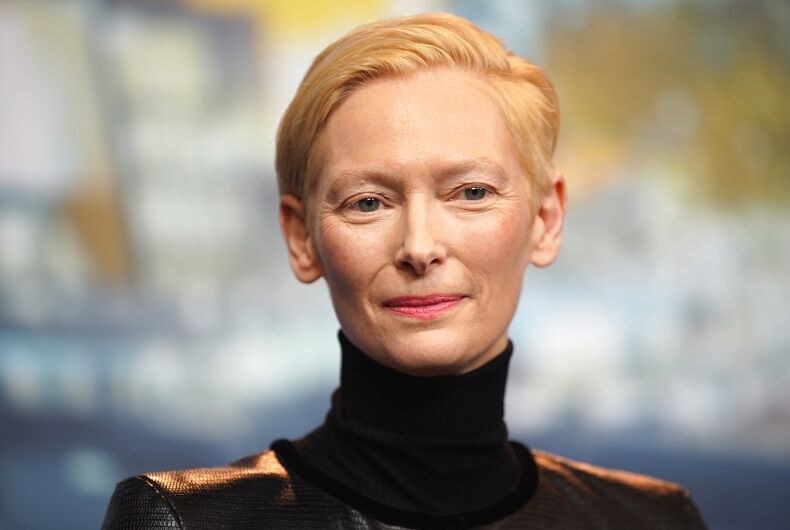 Swinton, who won the Academy Award for Best Supporting Actress in 2007 for her work on Michael Clayton, was talking about her friendship with designer Karl Largerfeld, “which was kind of mysterious to me because I was a jumbo shrimp, as my friend once called me, and he was working in this whole different exotic empire.”

“I’m very clear that queer is actually, for me anyway, to do with sensibility,” she said in the interview. “I always felt I was queer – I was just looking for my queer circus, and I found it. And having found it, it’s my world.”

In an interview Swinton did with The WIP in 2009, she was asked directly how she defines gender.

“I would say, as with any transformative possibility, we can also play with gender,” Swinton said. “My idea of identity is that I’m not sure it really exists.”

“I’ve examined this idea laterally since Orlando and other pieces of work that I’ve made, when I’ve played with the idea of transformative gender. For example, when you become a mother, do you lose everything? Can you actually retain a multi-faceted identity? That whole idea of transformation is at the heart of what I’m interested in as a performer and not least through the idea of gender. It’s a very personal matter.”

“I can categorically say that as Orlando does in the film: Yes, I’m probably a woman.”