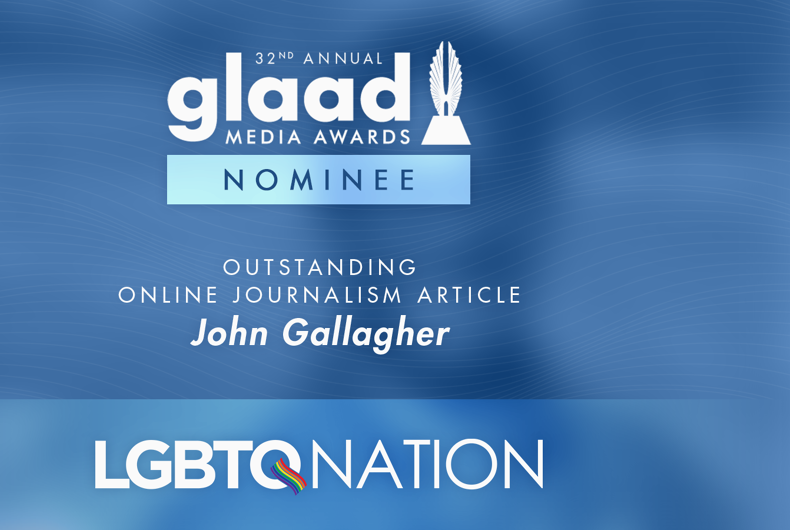 The 32nd Annual GLAAD Media Award nominations have been announced — and LGBTQ Nation is honored and excited to receive an Outstanding Online Journalism Article nomination for the article “Here’s how Reggie Greer takes on LGBTQ outreach for Joe Biden in this ‘very personal’ election” by John Gallagher.

The article profiles Mr. Reggie Greer, the gay Black man with a disability chosen as then-Presidential candidate Joe Biden’s LGBTQ engagement director. It chronicles Greer’s development of the Out for Biden campaign, among other initiatives. “It has been a labor of love and a collaborative effort to be able to build a program and outreach effort to any community during a pandemic,” Greer told LGBTQ Nation in an exclusive interview. “Maybe the lesson is not necessarily new for me, but it has been reaffirmed,” he says. “When you follow your heart with something, you can never lose.”

Related: Episode 2 of the LGBTQ Nation podcast is available & here’s how to listen

This is one of the 198 nominations GLAAD made public on Thursday, January 28 in a live reveal airing on TikTok, followed by their listing online. Nominees were chosen based on the following criteria: Fair, Accurate, and Inclusive Representations; Boldness and Originality; Impact; and Overall Quality.

Additionally, the Windy City Times was announced as the recipient of the special Barbara Gittings Award for Excellence in LGBTQ Media, which is being reinstated this year.

TV Networks, blogs, print & digital media are nominated to celebrate the inclusion and representation of LGBTQ people in media, and the winners will be announced at a virtual ceremony scheduled for April 2021.

Here is the full list of the GLAAD Media Award nominees:

The insurrection-loving members of Congress also have anti-LGBTQ histories